The Ancient Way: Discoveries on the Path of Celtic Christianity 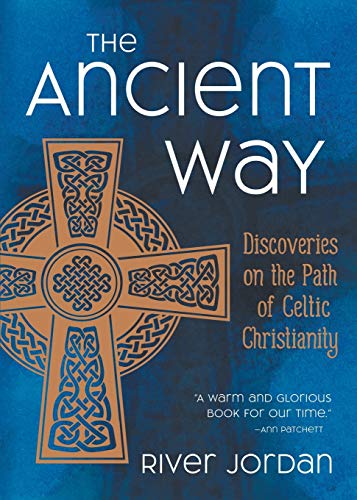 “entertaining, inspirational, and visceral; a moving narrative of typically missed breadcrumbs on the way to meaningful connections. A delightful, wandering story with profound, insightful resonance . . .”

What’s in a name? In this gem of a book, The Ancient Way: Discoveries on the Path of Celtic Christianity, author River Jordan beautifully illustrates that the answer makes all the difference in the world. A trip to Scotland becomes a journey, a journey becomes a pilgrimage, and a pilgrimage is defined by the power of intention.

In first-person, nonfiction narrative readers will think familiar for its intimate, accommodating style, River Jordan combines everything that makes both memoir and travelogue captivating. Her story begins with a nudge. “Sometimes I need to listen to the small voice that is the songline of my soul. To hear the whisper of, ‘This way, follow me.’ For some, it is the voice of God, for others their sixth sense. For me it is both; I see them as one and the same.”

Following the lure of coincidence, a series of prompts leads to the west coast of Scotland. The ringing lilt of the name Iona spawns research, and as her will to travel grows, Jordan weighs the difficult way against a busy writer’s schedule and challenging circumstances. “A way would have to reveal itself where there was no way at all,” she concludes. In the end, Jordan employs practicality to get her from her Nashville home to Scotland. “Flexibility and a certain no-frills, down-to-earth sensibility can come in handy on the road. And making a pilgrimage to Iona was going to require a certain cowgirl can-do attitude.”

For all the reasons we’re attracted to a hero’s journey, we follow Jordan as she sets her sights on exploration and personal transformation against uncanny odds that verge on comical. Because it is the frugal, off-season month of November, the weather is frigid, ferry schedules are unreliable, and tourist establishments are closed. Aided by a travelling companion she calls her “anam cara,” she’s encumbered by too heavy a backpack and accommodated by strangers she meets through an online travelers’ global community called Couchsurfing. And yet she persists with an eyeful of wonder, a heart full of gratitude, and a string of prayer beads in her pocket to remind us that all is in the attitude. A lesser wanderer would have conceded defeat in the nearest pub.

Without being heavy-handed, this book speaks to the spiritual seeker, denominational or otherwise. The odyssey aligns spirit with intellect, certainty with curiosity, this world with the next, and all that has come before. Jordan writes, “There are dreams and there are destinies, and sometimes they cross over to become one and the same thing. If so, journeying on pilgrimage to Iona was as much God’s plan as it was mine, which meant we were in this thing together.”

Of the ancient Celts conversion to the Irish monk, Columba’s, novel idea of Christianity, she depicts a melding: “All that was best of their Celtic nature wasn’t lost in translation: they brought it to the table. Reading those histories, I think those monks of Columba’s took a good look at what the Celts had pulled out of their spiritual backpacks and said, ‘Hey, this is good. I think we can use this.’”

Claire Fullerton is a staff reviewer at New York Journal of Books.