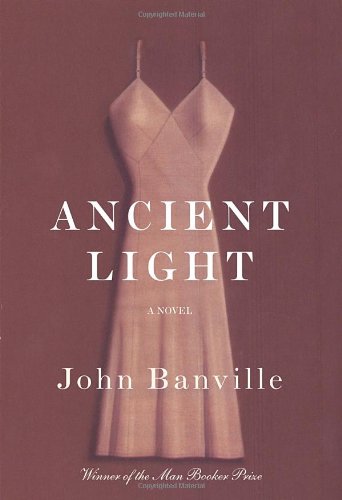 An elderly actor explores the nature of memory as he reminisces about the two great events of his life: his seduction at age 15 by a 35-year-old housewife, and the loss, by suicide, of his only daughter.

Sadly, the most extraordinary aspect of Man Booker prizewinner John Banville’s latest book—its pungently honest sex scenes—are ruined by what they actually portray. For as refreshing in their difference as the down-to-earth descriptions would have been had they taken place between two adults, there is no escaping what they actually are: pedophilia wrapped up in fancy words. Or rather, as the somewhat pretentious Mr. Banville would probably term it, hebephilia.

And just because being seduced by an older woman is probably the dream of many 15-year-old boys, that doesn’t make it right. The fact that he’s only a year away from the age of consent in certain countries doesn’t, either—otherwise we may as well say 14 doesn’t matter because 15 is just around the corner. And then, at 13, surely 14 is only a hormone-ridden hop away?

There is a legal line; and this tale, with absolutely no angst or apology, crosses it.

Apart from the shame of being found out, the legality of it all seems of not much consequence to the protagonists except once, when the now-adult Alex asks himself: “Was she guilty of rape, if only in the statutory sense?” And “Can a woman be a rapist, technically? By taking to bed a 15-year-old boy and a virgin, to boot, I imagine she would have been legally culpable to a serious degree.”

That Mrs. Gray, as the boy refers to her throughout their “affair,” realizes what she’s doing cannot be in much doubt, either: “What am I going to do with you,” she murmurs at one point. “—You’re not even shaving yet!”

To Alex’s (adult) embarrassment, he even seems to recall calling out “Mother” during the throes of their passion.

As for him, “I thought her quite old—she was the same age as my mother, after all.” He wondered what she could possibly see in him, a “maculate, ill-barbered and far from fragrant” boy.

There is no titillation to be found here, though, in spite of the book’s main theme.

If, on the other hand, the awkward truths of coupling are of interest, rather than the airbrushed, perfect bodies of pornography, they’re told here with an often aching honesty:

“I would lie with my cheek resting on her midriff . . . and in my ear the pings and plonks of her innards at their ceaseless work of transubstantiation.”

There’s no gloss or improbable glamour: “A memory of her, a sudden image coming back unbidden . . . A thing she used to wear, called a half-slip, I believe . . . would leave, when she had taken it off, a pink weal where the elastic waistband had pressed into the pliant, silvery flesh of her belly and flanks, and, though less discernibly, at the back, too, above her wonderfully prominent bum with its two deep dimples and the knubbled, slightly sandpapery twin patches underneath, where she sat down.”

Apart from the pedophilic subject matter, pretentiousness is author Banville’s other major sin, especially the use of what author and professor of English Ben Yagoda describes as needlessly obscure adjectives, or “NOAs” (When You Catch an Adjective, Kill It). It’s a device so overused by Mr. Banville that, in the end, it simply smacks of an apparent need to show his audience how very smart he is.

So Alex the boy has “horrent” hair; a story weaves a “mephitic” spell; there is an “imbricated” array of banana sandwiches; children stand around in “leporine” uncertainty; the little town in which they live is a “panopticon”; the boys are “homunculoid”; Alex remembers “caducous” leaves; and yet it was a “tumid” summer; and on and on, ad nauseum.

Apparently, Mr. Banville writes crime novels under the nom de plume Benjamin Black because, he told Britain’s Guardian newspaper: “. . . being John Banville I absolutely hate” as it is Mr. Banville’s stated ambition to give his prose “the kind of denseness and thickness that poetry has.”

“On a good day, Banville can’t write more than 400 words, but they are all in more or less the right order. With Black it’s 10 times more,” he says.