American Dreamers: How the Left Changed a Nation 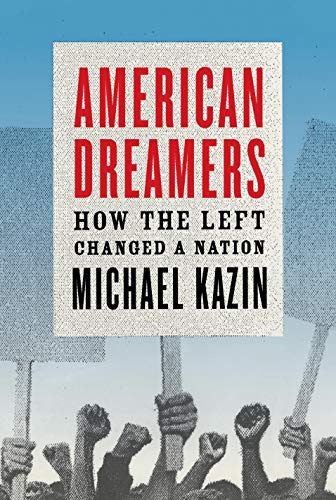 “The evolution and revolution of liberal thought is chronicled in this well-written book about how we got to where we are today. . . . Yes, the left has changed a nation since the 1820s; it is just that change has become increasingly difficult and painfully slow of late.”

American Dreamers: How the Left Changed a Nation is a book about liberalism and how it has affected the lives of Americans. It explores liberalism through the writings of political thought leaders since the 1820s.

The first author mentioned is Frances Wright, who was the first woman to lecture audiences of both sexes and whose lectures were turned into a book titled Course of Popular Lectures. Wright was important particularly because of her pioneering efforts in feminism, secularism, sexual freedom, and abolitionism. She often compared the plight of women to slavery and felt both were oppressed.

Thomas Skidmore was another early writer of “liberalism.” Skidmore aimed at the accumulation of wealth and believed wealth should not be passed on to the next generation, but instead passed onto all Americans. Skidmore would have loved today’s so-called estate tax (or death tax) debate.

Another early author of liberalism is David Walker who was an abolitionist and advocated that the slaves rise up against their owners in violent revolution.

The common thread with all these authors is the heavy influence in their writing from thinkers such as Thomas Paine and Thomas Jefferson, and others who lived during the formative years of our country.

Michael Kazin deserves great praise in explaining this American experience in this well-researched and well-presented book. President Abraham Lincoln who fought for the preservation of the Union with the bloodiest war in our nation’s history. The legal status of slaves was changed in 1868 with the adoption of the 14th Amendment. Women won the right to vote by amending the constitution with 19th Amendment in 1919. Laws were soon passed to protect the rights of workers, the right to organize, and the right to collectively bargain.

Another abolition advocate was Theodore Weld who wrote American Slavery As It Is, which is the personal testimony of slaves and the brutality of the slave owners; however, it was not until, Frederick Douglass came onto the American scene and sprang into the American consciousness with his work, The Narrative of the Life of Frederick Douglass, an American Slave Written by Himself. The enormous popularity of Harriet Beecher Stowe’s Uncle Tom’s Cabin brought great attention to the issue. All these other works led to this book and led to abolition of slavery with the Emancipation Proclamation in 1863.

Each chapter shows the advancing progress of each of these and other great writers of liberal thought.

The fight for human rights started in the early 1820s, developing from the written word and eventually ending in action—political action and otherwise. It was the early writings about abolition that led to the Civil War and ended finally with the freedom of African Americans from slavery.

It was after the Civil War that the rights of women and the rights of labor also came into play and turned into massive movements culminating into constitutional amendments and into laws securing those rights.

American Dreamers discusses the writings of feminist pioneers such as Elizabeth Cady Stanton and Susan B. Anthony. There were also the early advocates of labor rights such as Henry George who wrote Progress and Poverty. Henry George was widely admired and was one of those about whom he wrote: a workingman who could write eloquently about labors rights.

Edward Bellamy is another influential author who wrote about the socialist movement and the labor movement. Eugene Debbs, the leader of the American Railway Union (ARU), is also discussed in some depth. Debs took the ARU on strike against the Pullman railroad and crushed by President Grover Cleveland. Debbs ran as a candidate for President of the United States on the Socialist Party ticket five times, the last time in 1920 while he was in jail. Terrence Powderly, who led the Knights of Labor, converted labor power into political power. They were unique in that in the 1880s they welcomed not only women into the Knights of Labor, but also African Americans. Samuel Gompers came onto the scene at roughly the same period.

The evolution and revolution of liberal thought is chronicled in this well-written book about how we got to where we are today. The title would at first glance seem to not make sense. How did the left change a nation? Is that even possible given the turmoil of the political situation?

The writers that author Kazin discusses during the period from 1820 to the present day are a who’s who of liberal thought and action. He even makes an argument that the fight for rights extends into music, including the music of Frank Sinatra. He also shows that cartoonists influenced liberal thought, such as Matt Groening, the creator of The Simpsons. Add to that roster modern day luminaries in their own right such as Noam Chomsky, the prolific writer on liberal issues, and Michael Moore, the award-winning filmmaker.

Mr. Kazin also mentions the influence in liberal thought of an unlikely person, Theodor Suess Geisel—better known as Dr Suess—who was a political cartoonist for the left-wing New York City daily PM and who spoke loudly through those cartoons produced in the early 1940s. Mr. Kazin makes a valid argument that the Seuss children’s books also make the case for the liberal ideology. Mr. Kazin credits Suess in the introduction for inspiring this book.

There is also a discussion of pro-Communist entertainers such as Paul Robeson and Woody Guthrie, as well as modern day feminists such as Betty Friedan and Gloria Steinem.

What was it about liberal writing (the books, the music and the cartoons) and its influence that took us to where we are today? This is where American Dreamers gets a bit murky. Not because of any deficiencies of the author, Michael Kazin. What has happened is that since the 1970s there has been a failure to construct a movement worthy of the title liberal. How has the left changed the world of late? Change has occurred very slowly, but not behind one identifiable banner or one specific brand name. Yes, the left has changed a nation since the 1820s; it is just that change has become increasingly difficult and painfully slow of late.