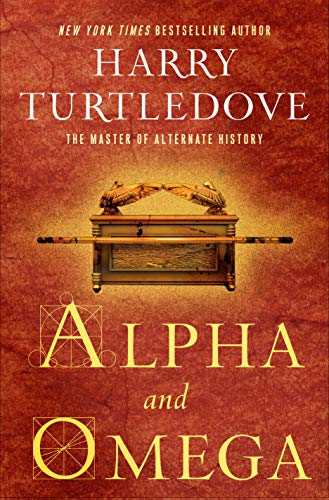 “Given the timeliness of this novel vis-à-vis our current era, along with how well it’s written, there would be no surprise if it garnered an award. It deserves one, if only for daring to put on the table the soul-deep issues dividing us, and showing what it might take to unite us around the world.”

The prolific, award-winning Harry Turtledove has been dubbed “the master of alternate history.” In his new novel, he presents us with an alternate future, extrapolated directly from what’s going on in the world today.

The book is driven by a big what-if concept: What if God really exists, and proves it beyond argument right now in Israel?

And what if He manifests through signs and actions that form the core tenets and prophesies of three violently conflicting religions: Judaism, Christianity, and Islam?

Not to mention concrete displays defying all understanding of physics—miracles—that are witnessed and spread instantly around the world via TV.

Well, should that ever happen, it would be one heck of a story!

Alpha and Omega tells that story in an impressively plausible way. Like the book’s many characters, readers will probably be reexamining their values and beliefs by the time the story closes.

It opens mundanely, like myriad modern novels across genres, by introducing a troupe of characters in fast sequence of shifting viewpoints. With one or two exceptions, these characters have icky attitudes; and so many of them are thrown at you, with little to differentiate them beyond names, countries, and cultures, it’s hard to keep them straight. Or to care about them.

For some of us that’s usually reason to close the book and move on (especially if it’s a fat one like Alpha and Omega at almost 500 pages).

But then things start exploding—literally­—and all those viewpoints suddenly mean something, and the story takes off at a gallop and starts to make sense.

Not only that, it gets deeper and more interesting as the pages turn. A caveat here: This is a thinking person’s novel. While there is adventure galore, it’s essentially about serious meaning-of-life questions and deep personal issues. No one character dominates the storyline, though it’s loosely centered around an American archeologist who considers himself a secular humanist. Most everyone else is a zealot belonging to one of the conflicting religions.

The author lightens the tone by using a casual writing style loaded with sharp similes and metaphors—all so right-on that you might start folding down page corners or underlining passages with a highlighter.

Some instances are just the use of the right word: “A helicopter thuttered by.” Thuttered? Never heard that one before. But the dictionary confirms: “to make a dull, throbbing, or sputtering sound.” Yep—a helicopter.

Other instances capture a feeling—“her disapproval stuck out like spines.”

Numerous comparisons give a sense of place: “When he stepped out of the air-conditioned [building], his glasses steamed up. That wouldn’t happen in Jerusalem. . . . Israel made the desert bloom, but you could always tell there was desert underneath. This [Arksansas farmland] seemed halfway to jungle.”

And scope: “By the way Americans reckoned things, Arkansas was a medium-sized state. It would have been nothing much by itself, but it added to the country. Yet it was more than six times the size of the nation the Avigads came from. Americans didn’t understand what that meant. Trouble in Arkansas rarely made the national news. Nobody in Indiana or Vermont cared what went on here. But it wasn’t a long spit from the Jordan to the Mediterranean. Trouble anywhere in Israel meant trouble everywhere.”

Many lines point out irony, such as when the 12-year-old boy destined to be revealed as the Messiah objects to sacrificing a cow to purify a new temple. He yells, “God is stupid! If you have to kill something to make something else holy, what’s the use?”

Page after page presents characters from all viewpoints struggling to come to terms with what God’s behavior means to their lifelong religions, and the future. One says, “I’m not the most observant Jew ever, y’know, but I always figured Christianity and Islam were to Judaism like Windows is to the Mac OS. They’re clunky ways to get to what oughta be simple and neat. Now I find out they all come from the same software firm! Sheesh!”

While the archeologist observes: “God was there. Some people . . . had believed already. Adjusting came easier for them. Eric couldn’t help believing now. If somebody hit you over the head, you believed in baseball bats. That didn’t make you like it. He still wanted to be a secular humanist.”

And much more. Chances are high that at least one of the character viewpoints will resonate with your personal belief system. But the opposing viewpoints (it seems they all are covered) might get your back up, as occurs with the characters themselves, making you seethe from a familiar frustration in daily life about differing viewpoints being hopelessly incompatible and global problems unsolvable.

When that happens, hang in there. Good novels are supposed to evoke emotional response, and the stakes in this one are so high it’s worth plowing on to the end to see what the only possible solution could be.

Given the timeliness of this novel vis-à-vis our current era, along with how well it’s written, there would be no surprise if it garnered an award. It deserves one, if only for daring to put on the table the soul-deep issues dividing us, and showing what it might take to unite us around the world.