All the Dirty Parts 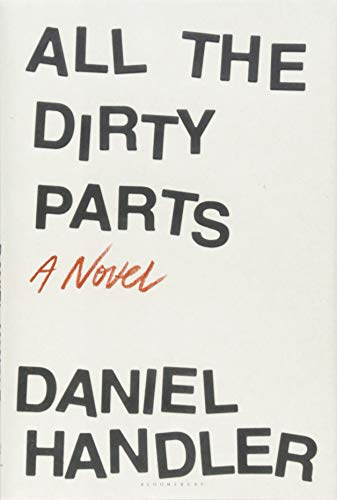 Cole is a high school boy, which means Cole thinks about sex—a lot. But unlike a lot of his peers, Cole doesn't waste time thinking about sex, he acts on his every impulse with plenty of willing partners.

Yes, Cole is a cad. He practices a type of love 'em and leave 'em swordsmanship that makes him the poster child for guys to avoid. He can barely understand when some of the girls begin to rebel against him and spread the word. He gets a “reputation” and not in a good way, but as his female peers stay away, Cole’s status as a bad boy attracts a more sexually mature exchange student with the hard to pronounce name of Grisaille.

It is only through Grisaille that Cole learns the hard lesson that you don't treat people as throwaway objects.

Writing as Cole, author Daniel Handler finds a hard truth: "For every girl I thought was uncomplicated sex, it wasn't. Put it this way: If you can't see the complication, you're probably it."

Cole's awakening is predictable, but the story leading up to that moment is anything but. Handler, otherwise known as Lemony Snicket, delves deep into the mind of an adolescent boy and it ain't pretty. There are dirty parts, selfish parts, but very many parts where we are forced to wonder at the monsters we helped to create.
This novel, written in short, tight, and effective bursts, is a commentary on today's youth. Cole is a rich character because we see that he has been more or less bred by society to be the sex machine that he is.

In that way, this novel is reminiscent of Bret Eston Ellis’ Less Than Zero with its cadre of impossibly selfish teens. Those teens are the parents of guys like Cole.