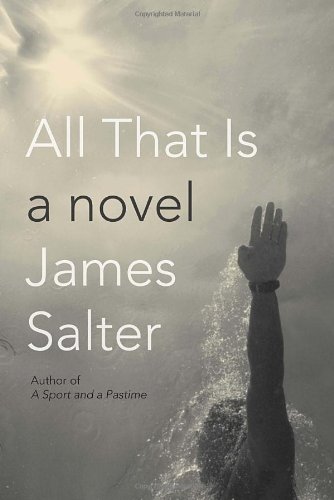 “Literary type, recovering from the trauma of war, pursues true love, revenge, and an accidental career in publishing.”

Of course, James Salter’s facility with words and stories ensures nothing is ever that pedestrian.

In his care, the dust of the mundane is wiped away. Events resonate. Descriptions sparkle: A character’s lingering dread of the impending fall is underlined by the trees themselves which, once rich with leaves “became, suddenly one day, strangely still, as if in expectation and at that moment aware. They knew. Everything knew, the beetles, the frogs, the crows solemnly walking across the lawn.”

From the affecting and effective early scenes of protagonist Philip Bowman’s experiences off Okinawa during World War II, through all the twists and turns of a life played out in a rapidly changing America, nothing about this book ultimately disappoints.

According to the promotional material, the story is set immediately after the Second World War, but the heat of battle permeates its pages at the outset.

Mr. Salter’s mastery is such that he draws the reader in to the thick of the relentless and devastating battle of Okinawa, and the desperation of the situation—especially among the doomed young men on the Japanese ship Yamato, which was under orders to attack the invasion fleet. Three thousand men were on board. All had written letters of farewell to their loved ones.

“Find happiness with another, they wrote. Be proud of your son. Life was precious to them . . . It was known that the ship was to perish as an emblem of the undying will of the nation not to surrender.”

As absorbing as the brief chapters on war are, the 87-year-old author’s scenes of seduction are equally realistic and memorable, as are his astute observations of a still-bruised England 15 years after its victory:

“. . . it was England, like a battered fighter somehow left standing, that had paid too much. A decade later there was still food rationing and it was difficult to travel … the bells that had tolled the hour of victory were long silent.”

“I’m a frotteur,” the multiple award-winning Mr. Salter once told The Paris Review, “someone who likes to rub words in his hand, to turn them around and feel them, to wonder if that really is the best word possible.”

In this book, he has rubbed them to a high sheen indeed.