Alfred Hitchcock: The Man Who Knew Too Much 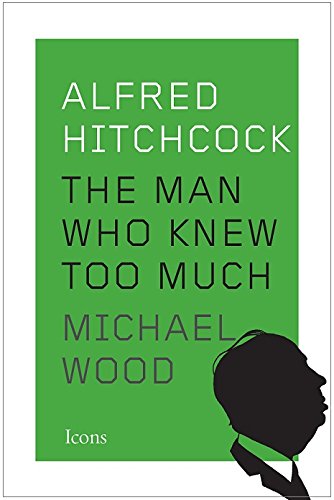 It’s hard to believe that young people today may have no idea who Alfred Hitchcock was or what he created. But time passes, and even the greatest geniuses often become little more than footnotes to history.

If you’re just joining us, Alfred Hitchcock was one of the greatest movie directors of all time. He started in Britain in the 1920s, came to the United States shortly before World War II, and created many of the greatest and most memorable thrillers the world has ever known.

Psycho. The Thirty-Nine Steps. Rope. North by Northwest. The Birds.

Any of this stuff ring a bell?

Wood, a literature professor emeritus at Princeton, has written a highly readable, entertaining, and thought provoking overview of Hitchcock’s oeuvre. He looks at Hitchcock’s films with a professorly eye, pointing out political and artistic themes that Hitchcock would almost certainly acknowledge, unless he was being coy—and he certainly had a history of being coy when he wanted to be.

Wood also touches upon the ambiguous sexuality of the great director, his marriage, his relationships with his leading ladies, and also his wife’s likely affair with one of Hitchcock’s coworkers.

If you’ve never seen a Hitchcock film, go download a bunch and watch them, and let Michael Wood be your guide.

If you want more about Hitchcock, I would send you to Donald Spoto’s magisterial biography The Dark Side of Genius: The Life of Alfred Hitchcock. That book covers much more ground and brings Hitchcock’s personality into much greater focus. But if you want to jump in and learn about Hitch, then Michael Wood’s your man.