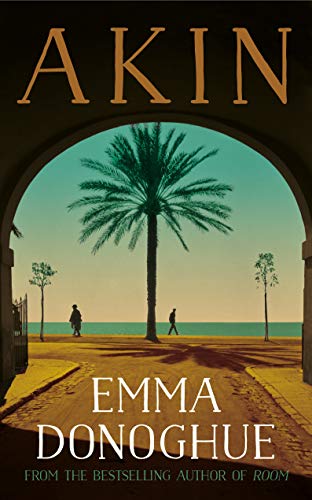 Emma Donoghue is a magnificent writer, but Akin is not her best novel. Still, it’s a high bar. While her contemporary novel Room (adapted for film in 2015) is likely her best known work, Donoghue’s reputation has been built on vivid, absorbing historical novels about sexually dissident women: The Sealed Letter (2008), Life Mask (2004), and Frog Music (2014)—all follow women who, though queer desire or sex work, have broken free of their restrictive 18th and 19th century roles.  Slammerkin (2000) and The Wonder (2016) grapple with the complexities of working-class sexuality for adolescent girls, and both are profoundly moving.

This, then, is what Donoghue does best: female characters, sexuality, history, and children. The child-narrator of Room makes an otherwise unbearable story engaging and even charming. Donoghue is adept at bringing her readers to the edge of psychic collapse, and allowing them to peer into the abyss, even as they laugh.

Akin never steps that close to the edge. In it, retired professor and widower Noah Selvaggio finds himself the temporary caretaker of Michael, a great-nephew he has never previously met, only hours before a long-planned trip to Nice. Noah is a curmudgeon, perpetually annoyed with the small inconveniences of his Upper West Side life in New York, and bemused by the world beyond his front door. Unwilling to change his plans, he instead takes the boy with him.

The first third of the book is devoted to Noah’s intersection with his erstwhile great-nephew. A harried social worker phones, informing Noah that he is Michael’s only surviving non-imprisoned, non-homeless relative, and that if Noah will not take Michael in for what she promises will be only two weeks, the boy will go into foster care. Noah, childless and about to turn 80, is vaguely appalled, and only becomes more so as he comes into contact with the child welfare and prison systems.

It’s a scenario with potential, but the result is didactic. Characters must explain to Noah the ways in which the prison-industrial system is unjust, in which the war on drugs wreaks havoc, in which the child-welfare system is as underfunded as support systems for prisoners. Noah wonders what Michael’s imprisoned mother does with her time and is brutally informed: “He wondered if they had a writer-in-residence in her correctional facility. You heard of lifers getting PhDs, sometimes.

“‘Various programs.’ [The social worker] flipped through her papers. ‘Parenting,’ she read, “Life Skills slash budgeting, Alternatives to Aggression, Introduction to Building Maintenance.’” Prison is not an avenue to a better life; it offers no paths to salvation.

Michael is singularly unpleasant as only an 11-year-old boy can be, and Noah is singularly unequipped to cope with him. The negotiation of the two, a child raised in poverty and a man accustomed to comfort, is a theater-worthy scenario, but Noah growls, “I’m no Daddy Warbucks.” Nor is Michael, by any stretch of the imagination, Annie. The resulting odd couple lack the give-and-take that would build rapport between the two characters. Their exchanges feel like rehashes of the generation gap: old people don’t know how to use the internet, kids spend too much time playing video games. Noah is square; Michael is too cool for school.

The relationship between the two only gains emotional traction in the book’s last pages. Donoghue might have done better to rush through their connection’s growing pains and pick up when Noah and Michael have begun to find each other genuinely charming. Once they believe in their relationship, we can, too, but by then the book is winding up its hasty family-history exploration and coming to a close.

It should be said that Akin is far from a bad book. It’s perfectly readable, and, at some moments, deeply engaging. Disappointment emerges not from the book itself but from the enormously high caliber of the author’s other work.

Akin is full of skeleton-stories: the death of Michael’s father, who was Noah’s nephew; Noah’s childhood in pre-WWII Nice; Noah’s marriage to the brilliant, now-deceased wife, Joan; Michael’s tumultuous history before and after his father’s death and his mother’s imprisonment. If some combination of these carried more flesh, they in turn might help carry the story and grant it the emotional depth of Donoghue’s best work.