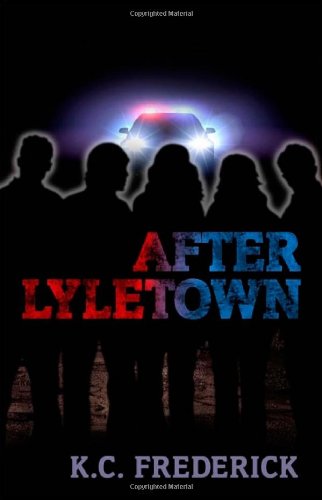 “The characters are well developed and the geography is, at times, cinematic, particularly the weekend or summer place in Connecticut that becomes like another character.”

K. C. Frederick has developed a terrific story idea. With a past that includes a messy little secret involving his participation in an extreme, well-meaning but misguided act during the race riots and voter registration drives of the 1960s, Alan Ripley, the principal character in this novel, is, by the end of the eighties, a laid-back, somewhat successful lawyer living with his wife and son just outside Boston. He works in real estate law, mostly representing tenants in dispute with corporate or public landlords. Frederick takes pains to portray Ripley as a good man, caring beyond what is necessary for his sometimes intransigent clients.

The events of the sixties are told with clarity and an excellent feel for that conﬂicted period—all within the ﬁrst 18 pages.

The story jumps in chapter two to 1988 where we learn about Ripley’s home, business, and social lives. In that same chapter, a character from Ripley’s secret past enters the scene and that’s when the subtle unease that envelops Alan Ripley becomes tangible. That sense of discomfort continues like a soundtrack of a throbbing bass violin throughout the rest of the novel.

The characters are well developed and the geography is, at times, cinematic, particularly the weekend or summer place in Connecticut that becomes like another character.

For a work that is clearly not intended to be a pageturner, After Lyletown, by setting up a situation like the one that author Frederick has developed, there becomes for the reader a mystery of sorts that creates a powerful anticipation. And that anticipation is frustrated by too many three- or four-page sections of interior dialogue that become repetitious and slow the forward motion of the story.