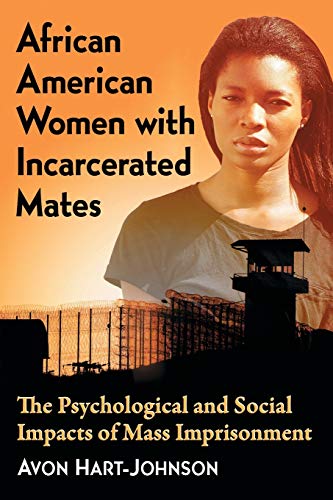 The incarceration of a loved one is a traumatic event. For many families, it is also life-altering. Despite a prison population that has grown astronomically over the last several decades, very little research into the impact of incarceration on family members has been undertaken.

The U.S. Department of Health and Human Services was able to confirm the rather obvious trauma that the sudden incarceration of a parent visits on children. The same study confirmed that these traumatized children are often denied the sympathy and social support that they need, and that other traumatized children generally receive. These victimized children are subject to stigma while simultaneously denied necessary services, and they suffer for it.

The impact of incarceration on the partners of the incarcerated has received even less critical attention. We know something about the economic impact. A 2015 Ella Baker Center report indicated that the average debt taken on by the family of an accused is $13,607—just for court-related fees and fines. As a result of these and other incarceration-related costs, up to 20 percent of these families become unable to afford housing, and up to 65 percent have difficulty meeting other, even more basic needs like food.

Research has also shown that incarceration is toxic to the long-term health of domestic relationships. A 2014 Vox Criminal Justice report indicated that for every year that a person is incarcerated, the chance of divorce goes up by 32 percent. Besides the obvious, this is important because healthy family relationships lead to a more successful reentry for the returning prisoner. As researchers R. J. Sampson and J. H. Laub put it, involvement in a domestic relationship provides a "stake in conformity" that reduces the likelihood of criminal behavior due to fear of damaging the relationship.

So the domestic relationship can be an important aspect of a releasing prisoner's life. What has not received nearly enough attention in academic circles, though, is this question: What impact does incarceration have on the non-incarcerated partner?

Some may question Hart-Johnson's decision to focus specifically on black women. From a sociological perspective, though, Hart-Johnson's choice is perfectly reasonable. Blacks are disproportionately represented in American prisons. African Americans make up about 13 percent of the national population, but about 40 percent of the country's prisoners. Indeed, according to professor Marie Gottschalk, the incarceration rate for black males is 4,749 per 100,000—a higher rate than that found in South Africa on the eve of the end of apartheid.

Hart-Johnson's research involved interviews with a purposefully selected sample of 20 African American women in the Washington, DC, area. She began her research by asking, "What are the processes and theory that explain how African American women perceive their experiences of separation and loss from their incarcerated mates, and what, if any, are their coping strategies?" What emerges is Hart-Johnson's own theory, dubbed SIG-C Theory: Symbolic Imprisonment, Grief and Coping.

Interviews with the subjects of this study established that they lived their lives "as though they themselves were serving their own prison sentences" or "as though they were doing time on the outside." Hart-Johnson refers to this phenomena as vicarious imprisonment, or symbolic imprisonment. Poppy, one of the study participants, described her life as isolated, unpredictable, and defined by a power differential. During her partner's incarceration, she learned to suppress her feelings and to wait and hope. Poppy's words could easily be used to describe the life of the incarcerated. She was vicariously imprisoned.

Poppy also suffered grief, as did all participants in Hart-Johnson's study. The grief was often described as similar to that which accompanies death. But as Hart-Johnson astutely points out, the grief suffered by these women is non-finite. The imprisoned partner is neither "dead" nor "alive." There are no ceremonial celebrations where the loved one is let go.

Additionally, the woman with an incarcerated partner is subject to disenfranchised grief. This is a state of grief "[w]here the affected person feels unsupported, ostracized, and at times stigmatized in their grief experiences." According to Hart-Johnson, the grief suffered by the women in this study is of the "complicated" variety, because the griever may not be able to work through the grief.

But the study participants all exhibited coping strategies. They found ways to "make meaning of their experience." Coping strategies included the use of photographs, keepsakes, rituals, letters, phone calls, faith, and family.

Throughout her book, Hart-Johnson puts forth suggestions for the "helping professional" to use with clients who have an incarcerated loved one. One model, called the Awareness, Assessment, Reframe and Matched Response Model, aims to improve communication between practitioner and client while simultaneously assisting the client in gaining clarity about their role in a relationship.

The impact of incarceration on the non-incarcerated is significant, and potentially debilitating. Unfortunately, the phenomena has not received the attention it deserves, and as a result is not well understood. Hart-Johnson's research and resulting theory sheds light on the suffering of the African American woman with an incarcerated partner. Practitioners who encounter clients who have incarcerated loved ones would be well-served to pick up this informative and eye-opening volume.