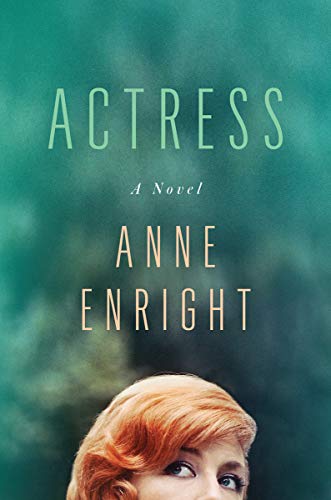 We are all actors in the comedy and drama of our own lives, caught in a story inherited from family, redrawn by fate, and reconstructed by us as we look dizzily backward. This truth is at the heart of Man Booker Prize winner Anne Enright’s new novel. Enright is a powerful storyteller with the ability to portray with a quiet grace the nuances of Irish culture and the mournful rhythms of everyday life.

Actress is at times compelling, but it’s not Enright’s best work—nor is it always all that compelling. It’s as if Enright herself recognizes the bland expository character of a good portion of the work. Late in the novel, the narrator and unsuccessful novelist Norah FitzMaurice, the daughter of the titular actress, Katherine Odell, writes to a journalist about her books: “The characters are slightly nondescript. . . . They just realize things and feel a little sad.” This could be a blurb for Enright’s novel.

Actress is a convoluted story about, among other things, fame and failure. “A star is born not made, because stars are not actors—some of them, indeed, are very bad actors, at least that is what my mother used to say. Whatever a star has, they had it all along and, at age nineteen, Katherine Odell had it in spades.”

The book is also about pretense and arranged marriages and secrets and submission—the costs of fame, not just for the famous actress but for the daughter who can’t understand her own life, her own husband, her own children, until she makes sense of her mother’s history. Katherine Odell was “a great fake.” But she was “also an artist, a rebel and a romantic.” In addition to all that, Katherine is a mad woman who shoots a film producer in the foot for reasons the court system, her daughter, and the reader never completely understand.

So this is a book about the mystery of human behavior, too. Along the way, as the reader is shuttled, sometimes exhaustingly, through the shadows of Katherine’s life by Enright, there are wonderful moments that come close to making the story come alive. There are brilliant passages about first sexual experience and the narrator’s long marriage and the sort of love that exists in the face of limitations, not the Heathcliff and Catherine brand of love that typically finds its place onto stage and screen. The narrator describes the type of love that demands when she gets into bed she “climb in there a little early, to check who you are today.” It’s the kind of love that acknowledges the passing of years and “the different bodies we have had.”

Ultimately, Katherine Odell’s story is inextricably linked to Ireland’s story in the 1950s, ’60s, and ’70s, to the particularities of the Troubles, the track marks of silence, the special idiom of playacting that is Irish. There’s poetry in the book. And honesty. One can hear the voice of the narrator center stage but too many characters—husbands and children and lovers—stay lifelessly behind the curtain.