Across the Void: A Novel 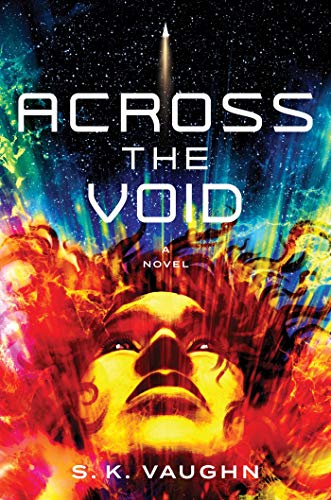 “Across the Void is an interesting novel, and if you’re looking for a space thriller to enjoy on the beach, it will suffice.”

Commander May Knox awakens from a medically induced coma to find herself in an isolation pod aboard her ship, the Hawking II, adrift in space. The power is out; the ship is a wreck; and her crew is nowhere to be found. She can’t remember what happened.

Freeing herself from the pod and activating the ship’s AI, May begins to stabilize conditions aboard the Hawking II. Unfortunately, she quickly discovers that communications are also out, and she’s isolated from any help that might be coming from NASA.

Meanwhile, back on Earth her estranged husband, Dr. Stephen Knox, frantically tries to participate in NASA’s efforts to establish communications with May and cobble together a rescue mission. He’s thwarted, however, by NASA director Robert Warren, who’s in control of the process and is inexplicably pessimistic about May’s chances for survival. Does Warren have a hidden agenda that is driving him to ensure that the mission will fail and that May will never return to Earth?

Across the Void is the first science fiction novel by S. K. Vaughn, the pseudonym for Hollywood writer Shane Kuhn. Kuhn has previously published the John Lago Thriller series, including The Intern’s Handbook (2015) and Shoot the Messenger (2015). His screenwriting credits include Dead in Tombstone (2013) and Seal Team Eight: Behind Enemy Lines (2014).

The novel is receiving numerous early comparisons to The Martian, the novel by Andy Weir that was adapted by Ridley Scott into a hit film starring Matt Damon. The first 100 pages or so justify such a comparison, as May engages in the kind of high-stress, life-or-death problem solving that Mark Watney undertakes after being stranded on the surface of Mars. Add in the complication of temporary amnesia, which blocks her memory of what happened to the ship and her crew, increasing the fear and suspense surrounding her situation, and you have an excellent beginning to this space thriller.

Unfortunately, the novel soon begins to alternate May’s point of view with Stephen’s, and her amnesia provides the author with a convenient device to devote considerable time to filling in their tumultuous back story, piece by excruciating piece. The suspense generated up front by May’s perilous situation soon dissipates as the story devolves into an extended exploration of love gone wrong, complete with arguments, miscommunication, career before relationship, and a lover’s triangle.

There are also a few loose threads in the book, the most puzzling of which comes when May discovers a mysterious piece of equipment under a polyethylene cover in the cargo hold. The chapter ends in a cliffhanger as she dramatically pulls the cover from the thing, but the author never comes back to update us on what it might have been or whether it provided a clue as to what happened to the ship and crew. Red herring? Or something that should have been written out in revision? A mystery, to be sure.

Word has it that Skybound Entertainment and Universal Pictures are already developing the novel, and Kuhn/Vaughn will be adapting the script. One can only hope that the producers will insist the film version focus on May’s predicament aboard the Hawking II, compressing the domestic back story into something less intrusive and tedious than it is in its current form.

Across the Void is an interesting novel, and if you’re looking for a space thriller to enjoy on the beach, it will suffice. Bear in mind, however, that patience will be required to wade through the swampy back story to uncover the ultimate cause of May’s predicament and to find out whether or not she’ll make it back home alive.