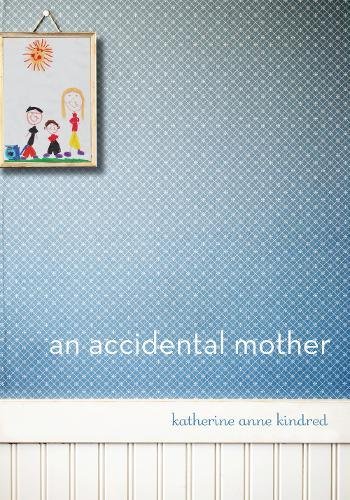 An Accidental Mother, a memoir, is the debut of Katherine Anne Kindred. It chronicles her six-year journey as an accidental mother, a role that was totally unexpected and affected her in ways she could never imagine.

After a miscarriage and subsequent divorce, Ms. Kindred gives up on the idea of having children. She hasn’t given up on the idea of romance, though and anticipates the future according to her own particular version of it. As she approaches middle age, she knows she’s likely to meet men that have married and had children. She has no qualms about playing a role in the life of teenagers, likely on their way to college in short order. What she didn’t count on was entering the life of a child exiting toddlerhood—a child desperately in need of mothering and all that it entails.

When she meets Jim, who has full custody of his young son, Michael, just a few months shy of the child’s fourth birthday, the author enters a new phase of life. It is one of hard work, adventure, wonderment, and love.

Ms. Kindred writes her tale in a simple, straightforward manner. She doesn’t indulge in prose that is saccharine or overly indulgent just because she’s writing about a sweet little boy. She keeps the story moving and pulls the reader into her daily experience as a mother by laying out the story in vignettes, interspersing these anecdotal accounts within the greater narrative. This lends immediacy to the story that keeps it interesting and allows the reader to experience the wonder of parenting Michael right alongside his mother.

What is so quickly gained can be just as swiftly lost. This is a poignant tale. Its conclusion is tragic and heartfelt. The pain is palpable. The author takes the reader into the deepest parts of her emotions, as the woman who mothered by accident for six years, is rendered motherless once again.