The Accidental Life: An Editor's Notes on Writing and Writers 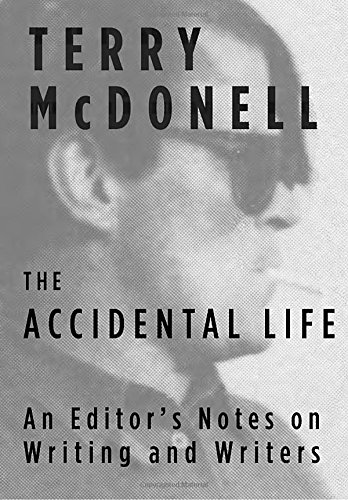 Here’s an irony: If ever a book title needed editing, it could be the one on the cover of award-winning American editor Terry McDonell’s new book.

What a massive understatement. Misleading, too. Let’s hope the immense pleasure of its contents isn’t lost to too many potential readers. That would be a shame.

The Accidental Life: Part-memoir, Part-journalism how-to—complete blast would be much more appropriate!

Of the many memorable anecdotes McDonell recounts in the book, a favorite for fans of the drug-laden “glory days” of gonzo journalism will doubtless be the one about a surreal game of golf he played with the genre’s chief proponent, Hunter S. Thompson. Joining the acid-assisted duo was writer and Paris Review co-founder George Plimpton. Almost inevitably, given the participants and the circumstances, the game also involved copious amounts of alcohol, flying golf clubs, honking geese and guns—well, one gun, anyway.

“It occurred to me . . . that having a story to tell about acid golf with Hunter and George was probably good for my career,” McDonell drily observes.

For anyone who doesn’t know who he is, during a career spanning 40 or so years Terry McDonell has headed up some of the brightest and best American publications, including Rolling Stone, Newsweek, Esquire, and Sports Illustrated.

He’s a master of headlines and deadlines and of winkling the words out of even the most recalcitrant writers.

Working and playing with a talented cast of writers, editors, actors, musicians and authors, including such diverse and colorful characters as musician Jimmy Buffett, Rolling Stone publisher Jann Wenner, writer P. J. O’Rourke, and the aforementioned Hunter S. Thompson, his has been a successful and often wild ride.

And it’s clearly not nearly over.

McDonell has taken on the digital age with every bit as much enthusiasm, co-founding Lit Hub—a daily serving of the best in literary culture—and dishing out more of his sane and sage advice on everything from plagiarism to the perils and promise of Internet journalism and the business of making money online.

It wasn’t all fun and chemicals, of course, this accidental life Mr. McDonell so entertainingly recalls, and a few of his regrets are also included in this hard-to-pin-down book.

In addition to doling out no-nonsense nuggets of editorial advice for those who need them, Mr. McDonell is hugely adept at picking out and passing on the juiciest gossip, the most glorious lines of prose, and the naughtiest of memories.