The Abstainer: A Novel 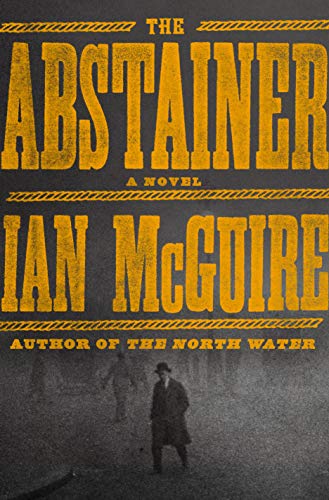 The Abstainer is a page turner. It begins with a dramatic real event, the hanging of three Fenian agitators, members of the Irish Republican Brotherhood, in Manchester, England, in 1867. The plot unfolds at a thrilling pace.

The abstainer of the title is the book’s teetotalling protagonist, James O’Connor, who has been exiled from Dublin to England and struggles to provide justice as a police detective. As an Irish member of the English police force, he is a perennial outsider. His struggles come to a head as a deadly course of retaliation between the Fenians and the police accelerates. The multiple meanings of the title become clear throughout the story and are fully realized in the book’s closing pages.

O’Connor, whose history includes traumatic losses, is faced with a powerful antagonist who, like him, is an outcast: Stephen Doyle, who has come from America to Manchester to act as a secret weapon for the Fenians. The matching of wits between two single-minded men motivated by different senses of justice provides the book with its unending conflict and almost unbearable tension. The story of O’Connor’s nephew, Michael Sullivan, is one of several interwoven tales concerning the fate of young people in an environment where justice is passionately sought but rarely achieved.

McGuire’s style is riveting. He is a master of concise description, sketching a character in a few brief strokes: “His skin is pitted and grimy; the stubble on his jaw is thick and black as iron filings.”

McGuire’s portrayal of Manchester is detailed and haunting; it is a place of fog and shadows, bleak homes and bleaker prisons. His style is more assured and descriptive, however, when he writes from the point of view of Doyle, the antagonist, than that of the protagonist O’Connor. As a result, evil is more powerfully imagined than goodness in this book. This choice on the author’s part seems deliberate. It robs the book, though, of the full sense of tragedy that might have been attained with a more vivid portrayal of the power of goodness and innocence and the price of their loss. Another weakness is that the women in the book are fleeting presences who correspond to the Madonna-whore stereotype.

Nonetheless, this is a book worth reading for more than the compelling plot. By exploring the use and abuse of power in this historical novel, McGuire provides powerful contemporary resonances. The Abstainer touches on issues still unresolved a century and half after the time of its setting: the role of the police, the role of violence, examples of corruption in government officials, and the outcome of centuries of oppression in the actions of countries, families, and individuals.

A haunting statement by O’Connor late in the book links past and present. When someone O’Connor meets in America learns that O’Connor has come from Manchester, the American says, “From what I hear, that’s a filthy place.  The air is full of poison. . . .” O’Connor replies: “They say it’s the future. . . . They say that all places will be the same as Manchester one day.” While that statement at first seems to refer to industrialization, Manchester becomes shorthand for a place of conflict and corruption that spreads its shadow across the earth. The search for justice that takes O’Connor to three different countries remains an ongoing quest.