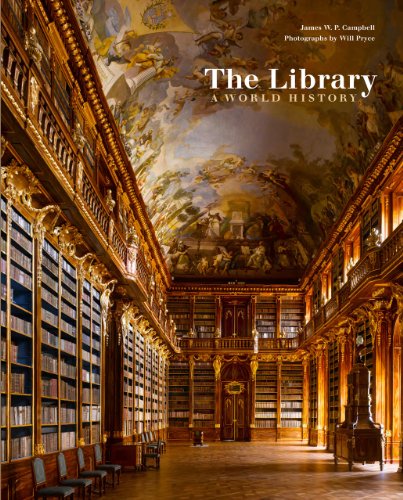 PHILADELPHIA -- Thousands of librarians from around the country (and beyond) battled frosty conditions over the final weekend of January to attend the American Library Association’s annual midwinter conference. A librarian by trade, I attended the festivities on Saturday, Jan. 25, at the Pennsylvania Convention Hall in the heart of downtown Philadelphia.

Marquee speakers included Matthew Quick (The Silver Linings Playbook) and Ishmael Beah (A Long Way Gone). Calling himself an “accidental author,” Wes Moore (The Other Wes Moore) began his speech with a heartfelt ode to books, crediting reading for changing the direction of his wayward life.

“I loved the way the pages felt on my fingertips,” he said, before telling a roomful of librarians, “I am passionate about what you do.”

Thus inspired, we traversed the seemingly endless convention center halls to attend a day’s worth of sessions highlighting issues near and dear to our hearts: privacy, gaming, and digital librarianship—some concerns facing the 21st century librarian.

The notion of libraries as community centers came through in a talk about board gaming for seniors by John Pappas, director of the Primos branch of the Upper Darby Public Library. His successful monthly program Golden Gamers has helped promote creativity and interaction among an age group that craves social gatherings.

“Eighty-five percent of attendees are not card holders,” Pappas said, adding that the gaming program could lead them to discover other services within the library.

Gaming also has great potential as an educational tool, as shown in an early morning session on the wildly popular Minecraft, an open-ended game that asks users to create worlds out of three-dimensional blocks. Despite primitive-looking graphics harkening back to the halcyon 8-bit days of the original Nintendo system, the game registered some 35 million new users in the final quarter of 2013 alone.

Valerie Hill, a school librarian from Ethridge Elementary School in The Colony, Texas, stressed that MinecraftEDU, the version of the game designed for teachers and students, is an important tool for information literacy.

“Apps are robbing people of creativity,” Hill said, noting that the landscape of school librarianship is changing to address digital citizenship issues and that Minecraft’s cooperative world-building has helped meet it.

A late-afternoon collection development roundtable allowed librarians to pick each other’s brains on pressing library issues. One such issue: Who owns e-books? As libraries look to host e-books on their own servers, bypassing the vendor system most of us use now, what becomes of the money we’ve already spent on our digital collections, since we won’t be able to carry those titles over?

Of course there was plenty of discussion and interest in good old print books. Traffic in the exhibitors’ hall, where hundreds of publishers, vendors, and other information service providers set up camp, slowed down whenever a publisher made a new stack of advance reader’s copies available. (I was happy to snag galleys of Joshua Ferris’ To Rise Again at a Decent Hour and Robin Black’s Life Drawing.)

If the cold weather and snowy conditions kept some folks away, rest assured attendance at ALA’s annual main conference later this summer won’t suffer the same fate: It will be in Las Vegas.

Michael Pucci is a reference librarian at a public library in New Jersey. He has written about pop culture for several publications, and is writing about Time Magazine’s 100 Best Novels Since 1923.