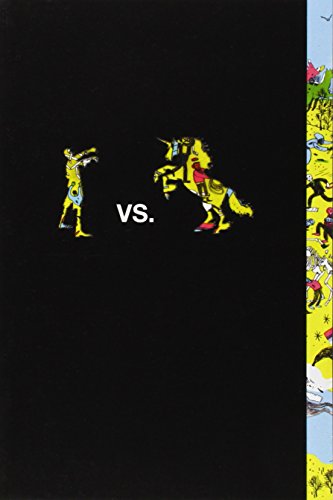 In 2007 an intense debate heated up on the blogs of young adult authors Holly Black and Justine Larbalestier. The main topic of consideration was centered on a simple question, a choice between two supernatural creatures and their merits in connection with the writing of fiction. Who makes for a better story: zombies or unicorns? What had begun as a friendly little blog chat and voting poll soon turned to all-out social media war and the troops began to rally. The time has come for the ultimate literary showdown; the time has come for Zombies vs. Unicorns.

Zombies vs. Unicorns is an anthology of short stories from some of the most popular young adult authors of today showing their support for either “Team Zombie” or “Team Uniciorn.” Black and Larbalestier edit the anthology itself with hilarious commentary throughout the entire book and short introductions by both editors before each short story is presented.

Every story provides its own unique twist on the creature the author has chosen as their subject, and each story is completely strange and unexpected in its own delightful way. While some writers stay true to their form, others take on different settings or time periods, giving readers a glimpse into their writing in new territory.

Readers will find themselves savoring chocolate-milk loving baby unicorns in Manhattan with author Naomi Novak; fighting off the mudo and living on a solitary island in “The Return” with Carrie Ryan; or maybe even hanging out with Meg Cabot to watch one teenager get a pretty amazing birthday present with a horn (no, not that kind of horn).

While each story is different, a few entries are quite mature and explicit and ought to be reviewed by parents before turning the book over to younger teens. Since the authors in the book are popular young adult authors one might think the book would be appropriate for readers of those author’s same books, but that may not be the case with every story.

Whether the reader is more pro-zombie or pro-unicorn in the end really doesn’t matter. The anthology has proven the point that both make great subjects for fiction—especially in the form of short stories as in Zombies vs. Unicorns.

This is a hilarious, absurdly quirky book that takes readers somewhere no reader has ever gone before, with terrific young adult writers as their guides.