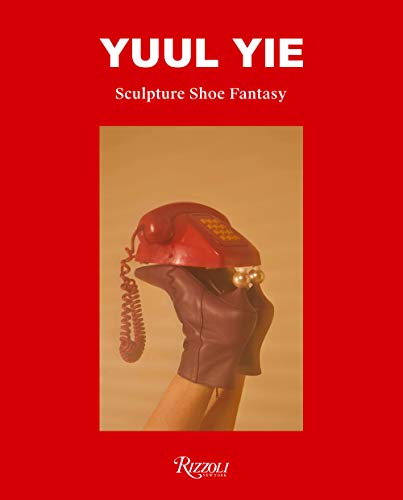 Shoes, as a facet of fashion, have been sometimes seen by the fashion world as an art form. What immediately comes to mind is when the brilliantly eccentric and original Elsa Schiaparelli turned a shoe into a hat and created a sensation in fashion in 1937.

It can be said that shoes have evolved exponentially into one of the most expressive, financially lucrative, and unimaginable iterations of creativity. The shoe business has been transformed from a business of necessity to a business of the latest and greatest—especially within the past two or three decades.

The greatest or most notable shoe designers, or “shoe dogs” as they are affectionately referred to, are few and far between—even within a nearly two-century span. Some of the greatest icons and deities of the shoe  business such as  Beth and Herbert  Levine, Salvatore Ferragamo, Maud Frizon, Manolo Blahnik, Christian Louboutin, David Evins, Rene Caovilla, Charles Jourdan, Roger Vivier, and  so many more made the art and design of the shoe an incredibly viable business and also made shoes as covetable and desirable as any piece of jewelry, handbag, or article of clothing. Each one of the aforementioned designers, and many more, had an instantly recognizable iconic trademark when it came to design.

Yuul Yie does not sit among the greats for many reasons. While her oeuvre may be stylish to some, the shoes she designs are heavily referenced by the greats and classified as contemporary rather than, at lack of a better adjective, couture. Then there is the factor that the brand is relatively unknown in the United States primarily due to its Korean origins, and it’s the designer’s young, trendy vision of shoe wear.

The reader might ask themselves how a designer or brand with little brand recognition rates a glossy monograph chronicling her barely decade-long career in footwear. This reader was rather perplexed and was forced to do some outside research to delve into whether or it was a case of being uninformed or having missed some great “it” designer from the far east.

The informed and educated fashion reader who has a predilection for footwear will be able to discern that much of Ms. Yie’s work is influenced by the greats as well as essaying to appeal to a much younger, trendier customer.

If you are hungry  for knowledge about footwear in general, then  this is a book you need to own, but if you are one of those who can see where and who influenced Ms. Yie then you might  find yourself a bit bored or possibly just shaking your head and asking why.