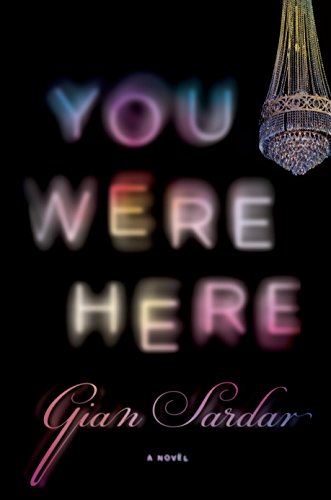 “enthralling . . . a seductive and mesmerizing thriller.”

Thirty-three-year-old Abby Walter cannot seem to shake the horrifying and recurring nightmare that has plagued her for years. In it, she is in a dark meadow where she is buried alive only to awaken to the panicky feeling of ingesting dirt and being unable to breathe. This dream that eluded her for 14 years suddenly returns in full force.

Abby resides in Los Angeles with Robert, her male friend of four years and the one she hopes to marry even though he is hesitant to make their relationship permanent. When Abby receives a notice of her class reunion, she decides to return to her childhood home in Minnesota. Realizing the answers may be found where they commenced, she is hopeful that once there she can unearth clues to her dream.

Aidan Mackenzie, Abby's school-girl crush, attends the reunion. He is employed as a police detective and at once, they discover the sparks are still there for them both. Though Abby is guilt-ridden, concerned about her feelings for Robert, she confides in Aidan about her night time terrors. His attraction is evident, and though he is searching for a serial rapist and killer, he promises to help her find out why her sleep is being cursed.

Tension occurs between Abby and her mother, and her mother can't or won't offer any assistance as to why Abby should be continually afflicted with the harrowing nightmares. Soon Abby begins to believe someone is stalking her and wonders if her dreams are a forewarning. Her fright is palpable:

"Ghosts. The usual reason for fears of basements, attics, or closets at the ends of long halls. But Abby's never believed in ghosts. Nothing flits in the corner of her eye; her rocking chair never moved on its own. For her, the fear is suffocation, breath faster and shorter, world compressing, everything heavier and heavier till she's gasping, an open-mouthed futile plea."

Though Abby's mother claims no knowledge she can share with her, Abby senses a strong connection with her grandmother, Edith. In her mother's basement, Abby locates correspondence from Edith and a velvet box containing a diamond ring which Abby always hoped would be hers. Hidden beneath the lining, she discovers a perplexing note. Aidan and Abby peruse the letters and pieces come together including information about someone named Claire.

"Dreams that started long ago. The name Claire Ballantine a new addition. A woman who disappeared in 1948, an event that forever impacted her grandmother."

What could this woman and Edith have to do with the terror Abby experiences while she sleeps?

Through her inquiries, Abby learns that in 1948, Claire was married to the wealthy businessman, William Ballantine. Claire loved William, though he engaged in an affair with Eva, a "common" woman from a small town. Dominated most of his life by his father, William suffers remorse about Eva, knowing his father would be appalled; however, he loves Eva and wants to spend his life with her. What happened to Claire and what could the message Abby finds have to do with her grandmother?

You Were Here is an enthralling tale that takes place over two generations. The voices of the three major characters—Abby, Eva, and Claire—look into the past and illustrate different lives and how they converge, contributing to a seductive and mesmerizing thriller.