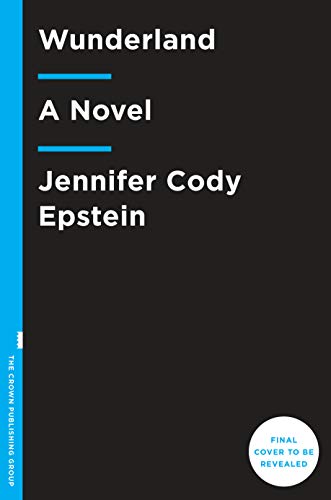 “Intertwined in the two narratives is a pattern of betrayals, secrets and lies—sometimes well-meant, sometimes conflicted, sometimes for sheer self-preservation, but almost always with painful repercussions.”

In 1935 Berlin, 15-year-olds Ilse von Fischer and Renate Bauer have been best friends for years. But just as Ilse is becoming increasingly seduced by fascism’s promise to give “her, Ilse, a role in this all-important battle” to restore German greatness, Renate is abruptly told that she is, in fact, half-Jewish.

Fifty-four years later, Ilse’s estranged daughter, Ava, an artist and single mother living in New York City, gets a package containing Ilse’s ashes, along with a collection of unsent letters, addressed to Renate—whom Ava has never heard of.

From these two points, Wunderland, by the award-winning historical novelist Jennifer Cody Epstein, weaves backward in time to explore Ava’s fruitless efforts to pry the truth about her past from Ilse, and forward from 1935, to reveal the destruction of Ilse’s and Renate’s friendship.

Although the book starts sluggishly, the pages rip faster and faster after a few chapters. Intertwined in the two narratives is a pattern of betrayals, secrets and lies—sometimes well-meant, sometimes conflicted, sometimes for sheer self-preservation, but almost always with painful repercussions.

Inevitably, the Renate-Ilse sections are more gripping, as they detail the everyday impact of Hitler’s mushrooming power and the mindset of adherents like Ilse while they are gradually lured in.

Indeed, Ilse is the most complex of the cast of interesting characters. “Very determined. Fearless. Focused,” as Ava describes her, the teen Ilse ignores an early Nazi boycott of Jewish businesses because she wants an afterschool snack at her favorite bakery. Yet just two years later she is mesmerized by the propaganda masterpiece Triumph of the Will.

In one chilling set piece, Ilse denounces several Polish youths for pushing two young German women off their bicycles, though she isn’t sure these are the actual culprits. As she justifies her action in a convoluted piece of reasoning: “And even if these weren’t the exact same Poles who’d knocked two girls off their bicycles, they were Poles nevertheless, and someone had to pay for the transgression.”

Also fascinating, in Ava’s reverse-time narrative, is the description of how Germany’s role in World War II was conveyed to West German youth in 1946, 1949, and 1956.

The novel stumbles in a few spots. The unexpected treasure trove of letters that will conveniently reveal all of Ilse’s long-suppressed secrets is an overused dramatic gimmick. And it’s hard to believe that Ava would so irrevocably reject her mother in 1977—at a rare moment when the middle-aged Ilse looks weak, “disheveled, worn”—after spending a lifetime desperately seeking her love.

Overall, though, Wunderland is a compelling, well-crafted story that also provides insights into the daily life of history.