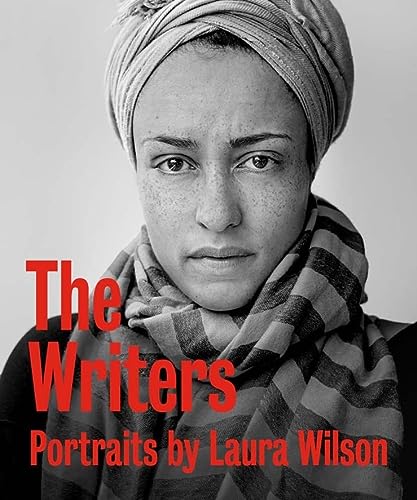 Here is a beautiful book that belongs in the library of every lover of literature and every lover of fine portrait photography. Laura Wilson has capped her career as a photographer and writer with a book that invites us to go with her deep into the inner sanctums of notable modern authors. She has spent 12 years traveling the Western world visiting writers in their homes and studios, photographing them at work and at leisure, and capturing each of them in a stunning portrait.

Her odyssey began in Austin, Texas, in October 2009 where she interviewed and photographed the English writer Jim Crace on a hilltop in the rain, and ended in the garden of Paul Theroux’s home on Oahu in February 2022. In the interval she traveled to Toronto, England, Ireland, Paris, Vienna, New York, San Francisco, Miami, and locations in the American west. Her pantheon includes poets, novelists, short story writers, playwrights, screenwriters, biographers, and essayists whose works explore the multiple dimensions of the human experience. Twenty-eight men and ten women comprise the group: 19 Americans, eight English, three Irish, two Canadian, and one each from Mexico, Columbia, Australia, South Africa, and Japan.

Wilson chose her subjects according to her own reading preferences, and her tastes appear to be eclectic, ranging from the graphic novelist Marjane Satrapi to the historian David McCullough to the gritty fiction of Cormac McCarthy. Many of these writers have been honored with Nobel Prizes, Man Booker Prizes, Pulitzer Prizes, and National Book Awards. Missing from her gallery are the authors of bestselling mysteries and thrillers: James Patterson, John Grisham, and Michael Connelly. Also notably absent is the Turkish Nobel winner Orhan Pamuk.

But Wilson is not focused on the professional achievements of her subjects. Her interest is to discover and reveal their individuality as human beings. So she photographs them in their private settings, carrying out everyday tasks, interacting with family members, and socializing with friends and neighbors. We see them walking their dogs, riding their bicycles, kayaking, eating meals, reading—just like the rest of us.

As people, these writers are distinguished by their interests. She accompanies Colm Tóibín as he shops for dinner at a village farmers market, then snaps him preparing the meal in his kitchen. She observes Margaret Atwood puttering in her garden, Louise Erdrich chatting with customers in her Minneapolis bookstore, Carlos Fuentes interacting with students he encounters on the streets of Mexico City. A sequence of shots shows Tim O’Brien performing magic tricks for his family. Wilson’s documentary technique gives the effect of stills from a movie, her subject caught in a random moment of time, suggesting an ongoing narrative of everyday life. Wilson makes us invisible witnesses to these profoundly ordinary activities.

Most affecting are her posed photographs and portraits. These she stages and composes to reveal her subjects’ inner lives and closest relationships. Seamus Heaney joyfully embraces his wife in the doorway to their Dublin home; Michael Ondaatje writes longhand at a simple wooden table in his spartan writing cabin, bent over the page in concentration, bare footed in jeans and open collar shirt, sleeves rolled up; Thomas McGuane sits in the living room of his Montana ranch, smiling at the hunting dog perched on his lap, his wife fondly touching his head and laughing at the scene. Such moments abound in the volume and are deeply moving.

The portraits are breathtaking in their simplicity, honesty, and clarity. Her subjects allow Wilson to see who they are. The moods vary, but the truth of character does not. Tom Stoppard is worried. Carlos Fuentes is grieving. John Banville is mischievous. W. S. Merwin is soft, gentle. J. M. Coetzee is serene. Sam Shepard is baffled. Gabriel Garcia Marquez is majestic. Annie Proulx obviously tolerates no nonsense. Each writer is presented as uniquely himself or herself. Interestingly, the women all seem more tranquil and composed than most of the men.

In her text, Wilson explains her methods. “By showing a combination of portraits and snapshots, I hoped to create a fresh series of pictures for each writer and provide insight into their singular personalities.” As if marveling at what her camera has disclosed, she remarks, “Their faces were full of meaning . . . How is it that writers, more than any other group I’ve photographed, are so calmly centered, so seemingly free of anxiety?”