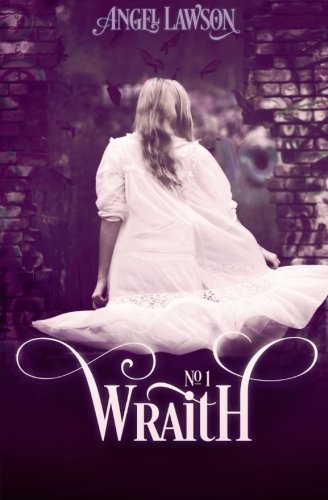 The press release for this military action thriller states that James Hannibal had to write the book on an “un-networked” laptop and then personally take the manuscript to Whiteman Air Force Base in Missouri, to have it “sanitized.” This reviewer is not familiar with what the sanitization process entails, but the residue that constitutes this techno-thriller doesn’t seem to have lost anything in the exercise. The book is a military-tech-enthusiast’s dream, full of abbreviated terms for operations and equipment and ordinance—things like ORI (operations readiness inspection), SAR (synthetic aperture radar), GAM (GPS Aided Munitions), and LORA (Low Observable Reconnaissance Aircraft), and much, much more. This technical knowledge and expertise is pretty impressive, but only what would be expected from an author who has had a fourteen-year career as a USAF fighter and bomber pilot, with a degree in Middle Eastern Studies from the US Air Force Academy.

After a brief prologue, the book begins at 7.55 A.M. Central Time, on the morning of September 11, 2001. With the author as an almost mirror-image hologram in the background, the main protagonist in Wraith is an A-10 Warthog pilot and an expert in Islamic Terrorism. We first meet Michael “Victor” Barron, a six-foot-tall, blonde-haired, all-American hero, while he’s stationed in Spangdahlem, Germany. After the World Trade Center attack, Victor is frustrated by the fact that his squadron hasn’t been ordered to retaliate.

The book switches, initially, between Barron’s base in Germany and the Stealth Bomber Base at Whiteman, where Major Brit “Murph” Murphy and his men are in training—and also to Washington, D.C., where Major Daniel “Crash” Warren is developing the Dreamcatcher, an unmanned reconnaissance jet, against an impossible deadline set by his colonel. A covert counter-terrorism operation called Cerberus is the ultimate rendezvous for all three men.

An accident occurs during a Warthog training exercise in Germany, and a young pilot is killed. Victor is transferred to Whiteman to join the Stealth bomber squadron, where a B-2 is modified to house Dreamcatcher in its weapons’ bay. Victor and Murph are selected for the inaugural test flight, with Murph flying the B-2 and Victor flying a T-38 as chase pilot, monitoring Dreamcatcher’s performance when it’s released from the B-2. Things don’t go well, and Victor has to risk his life to save Murph’s. The outcome is that Dreamcatcher must be modified to accommodate a pilot.

Flying the modified Dreamcatcher is probably akin to riding a solo toboggan down an Olympic run, only faster and facing head first. Victor is selected for the job. But before the newly adapted reconnaissance jet can be properly tested, POTUS (President of the United States) sends the team to Iraq to carry out a high-level pre-emptive mission before Operation Iraqi Freedom proper begins. The target is Saddam Hussein and his top lieutenant.

The serious action only really gets going in earnest in Part Three of the book. The strike goes badly wrong, and Victor is stranded in the Iraqi desert. A race-against-time rescue mission is launched and a level of deeper characterization is attempted, with Victor holding a certain respect for life, but also wanting revenge for the Twin Towers’ atrocity, as he struggles to survive in the sand dunes and meets the enemy up close and personal.

Wraith lacks the dark humor and anti-war satire of Catch 22; on the contrary, it is a celebration of war and the weapons of war. Phrases like “Room of Death” and “Grim Reaper” and “Three Fingers of Death” abound as the business of war is conducted from high in the skies, where “collateral” damage is nothing more than a puff of smoke below and has no human dimension. The characters themselves also lack an inner ontology: these guys are too-good-to-be-true “right stuff” material, clones of Hollywood gung-ho-ers and experts in everything except, perhaps, a sense of irony.

Nevertheless, as military thrillers go, Wraith is probably less jingoistic and platitudinous than most. It will be enjoyed by readers of Tom Clancy and Dale Brown and will doubtless be followed by further Michael “Victor” Barron high-altitude adventures.