The World According to Christian Dior 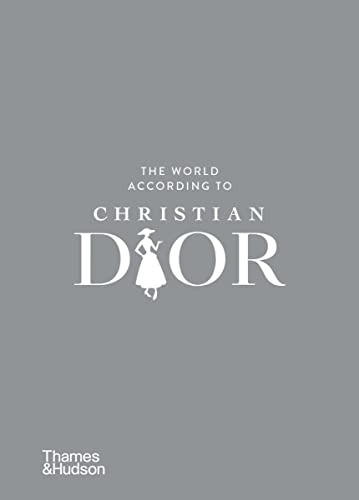 Having already read The World According to Karl Lagerfeld, this reader was almost positive that the World According to Christian Dior would be nothing like the former. The common thread was simply that they were both world famous designers, game changers, and brilliant.

“In the age of the machine, couture is the last refuge of craftsmanship,” said Dior

The authors have assembled an insightful and revealing compendium of Dior’s thoughts via his amazing amount of press exposure during his illustrious and yet rather abbreviated career. Mauriès and Napias have constructed Dior’s aphorisms and maxims in a decidedly focused manner that centers on style, women, and inspiration but does not omit “worlds” of color, haute couture, scent, accessories, and more.

“When it comes to elegance, details are as important as the main idea. When a detail is wrong, it spoils the whole ensemble,” said Dior

All in all, this elegantly and concise collection does so much more than just regurgitate the master’s words; it truly exposes the man we may not have known. He absolutely does not fit the stereotype of a catty, self-absorbed, and know it all designer. The words offer a deeper dive into the soul and true personality of this once in a lifetime designer whose name still resonates within the world of fashion some 75 years after his first groundbreaking New Look collection.

“This is why I became a perfumer too: so that all I have to do is remove the stopper from a bottle to see all my dresses wafting out and so that every woman I dress can leave a trail of pleasure flowing behind her,” said Dior.

This pristine and petite book is pure Dior. The World According to Christian Dior is an essential addition for any educated reader in the fashion genre as the designer’s importance, contributions, and stature have withstood the test of time—65 years past his time of death.