The Women Could Fly: A Novel 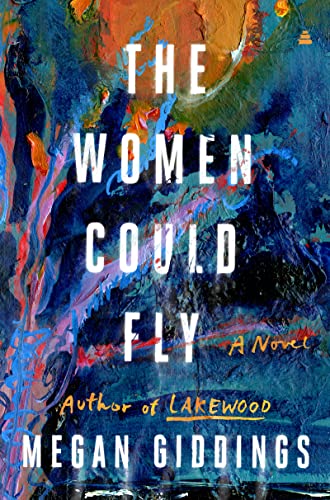 “the thoughtful writing and masterful portraits of flawed people and their struggle for survival in a dystopian world is elegant and rewarding.”

Certain authors seem to have a crystal ball that helps them see into the future, and Megan Giddings displays those visions in The Women Could Fly. The novel features a world in which the government has managed to take something as fantastical as the possibility of witches and magic and turn this phenomenon into a bureaucratic nightmare meant to surveille and control women.

Jo Thomas is nearing 30, the age when all unmarried women are required to register with the Bureau of Witchcraft and undergo frequent testing, and she is chafing under the expectations that society and her father have placed on her. She is also under closer scrutiny because she is Black, and because of the suspicious disappearance of her mother 14 years ago.

Giddings has an ingenious way of describing the insidious nature of the patriarchal norms that are on display in The Women Could Fly—both their obvious physical dangers, but also the emotional toll that living in a white man’s world can take on a Black, queer woman. Jo’s mother imparts to her early in her life: “The only safe place for a woman is 100 percent alone,” and the book seems to echo that lesson many times.

When the book opens, Jo is working a quiet job as a museum dealing in possibly cursed objects, and has a complicated relationship with her father, her best friend Angie, and her frequent hookup, Preston. These relationships are a key part of the book, and Giddings explores them with nuance and care.

Through flashbacks, we see that Jo’s mother mostly discussed magic as a myth that is used for oppression, though occasionally she would reference ancestors who were burned at the stake. Meanwhile, the government uses witchcraft as an excuse for any and everything that goes wrong.

There have been comparisons between The Women Could Fly and The Handmaid’s Tale, for good reason, and the story draws from the history of witch trials and the hysteria surrounding those burnings. The haunting similarities to our real world leads to a heavy quality that will remain throughout the novel.

The pace begins to pick up a bit when Jo, prompted by a newly discovered will, sets out on a journey to visit an island that her mother often talked about—it only appears every seven years, and if Jo takes the journey there, she is set to inherit money.

Much of the book reads with a distant, removed tone, though when emotions are felt, especially during flashbacks to the past, they are deeply visceral. It feels intentional, as though Jo has had to put up walls to protect herself in such a deeply flawed world, so when those feelings come bursting through, they are especially powerful.

On the island, Jo meets people and has encounters that reshape her worldview and her vision of what her future looks like, but she eventually returns to the mainland to settle things there and is immediately captured for suspicious activity. These passages in particular are chilling, as the surveillance state that’s been lurking threateningly offstage for most of the novel is presented front and center.

Jo’s time on the island and subsequent imprisonment are the most vivid scenes in the book, leading to a much stronger second half of the novel.

Her experience leads to a reshaping of many of Jo’s relationships, both in disappointing ways (with her father), and in unexpectedly warm ways, as when Preston agrees to become her guardian. But the island catches up to her, and she cannot simply return to things as they were.

Though the pacing can feel uneven at times, the thoughtful writing and masterful portraits of flawed people and their struggle for survival in a dystopian world is elegant and rewarding.