The Woman in Red 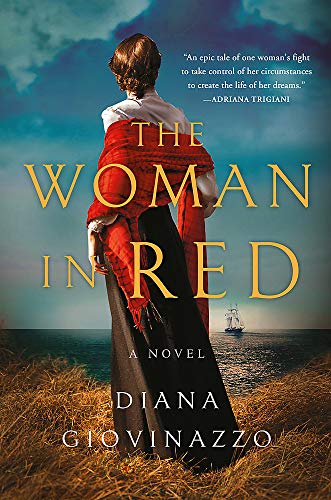 “a great swashbuckler and ultimately a good read.”

In this debut work of historical fiction, readers will become acquainted with an extraordinary 19th century Brazilian and Italian heroine named Anita Garibaldi. Born in 1821 to a peasant family in rural Brazil, she revealed, from a very early age, her amazing courage, leadership skills, physical and emotional strength, and stubborn nature, all of which would serve her, and the independence revolutions in which she took part, well.

Having dropped out of school early, Anita became an incomparable gaucho, a warrior woman, and a feminist. Forced into a ridiculous marriage because that’s what uneducated teenage young women suffered in those days, she rebelled in true feminist spirit. Then one day she gazed into the eyes of revolutionary Giuseppe Garibaldi, or Jose as she called him, and her life changed forever.

Garibaldi, a well-known soldier committed to the unification of Italy and the liberation of Brazil from Portugal, was as taken with Anita as she was with him, rendering the early part of the story dangerously close to a swashbuckling, bodice ripping romance with sentences like this: “He kissed me passionately as he took me again.” But the story is true, and so was their love for each other. They simply couldn’t live without each other.

Theirs was an adventurous life, and a dangerous one. Jose was constantly going off to battle, most often accompanied by Anita who simply refused to stay home. She fought like a soldier, led men like a general, strategized like a military leader, served as a medic, and inspired other men’s wives to lobby for their husbands.

As Jose once put it in real life, "She looked upon battles as a pleasure, and the hardships of camp life as a pastime."

In fact, she seems almost too good to be true at times, but accounts of her life verify that she was extraordinary, even going so far as to fight, flee, and survive war conditions even in late pregnancy. She had five of them, and none of her births seems to have taken longer than two hours. A little more than “doubling over in pain” briefly might have shown a more human side, as would her grief when her second child, Rosita, died as a toddler. Equally, while she was devoted to her children, she would have seemed more motherly if she had expressed any longing for them on her long and dangerous absences from her children, even if the book is hers and Jose’s story.

To that end the story is gripping, allowing the editorial flaws to be forgiven. (19th century peasants would not say “per se” and the word “outlier” most likely didn’t exist at the time. Full sentences, however, did.)

Epic in scope, adventurous in nature, dreamily romantic, and occasionally a nail biter, this is the story of a passionate love affair, a feminist before feminism’s time, history as it happened in three countries, triumph and tragedy, for Anita’s sad ending comes when she is just 28 years old and pregnant with her fifth child.

Characteristically fleeing a battle scene with Jose, he begs her not to leave him. “Leave you?” she murmurs. “I crossed a continent for you. You can’t lose me, we still have work to do. . . .” Then as narrator, she says, “Jose pulled me in close to him. I reached up stroking his beard. I snuggled into his neck, grasping the collar of his shirt. . . . It amazed me in that moment how two people could fit together so well. Jose and I fit together. We always had. We always will.”

An ending worthy of a great swashbuckler and ultimately a good read.