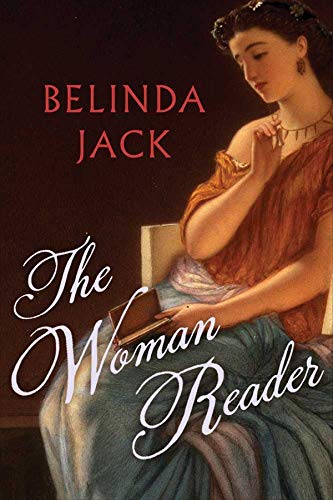 Women make up the majority of fiction readers, and there is no doubt that without them the novel would not be what it is today. This underscores the magnitude of the omission in systematically tracing their social history, a mistake Belinda Jack’s new book rectifies.

Even when literacy was finally accepted as a good thing for everyone, women’s reading remained controversial, especially when done for pleasure. Actually, what and how women should read has been a contested matter since the time of the emergence of writing in Mesopotamia in the late fourth millennium B.C.E.

This is so despite the fact that the first recorded writer was a woman: a priestess of the moon God Nanna by the name of Enheduanna. The Woman Reader tells her story and those of numerous other women who recorded their reading habits and endorsed reading of and for women.

Structured in ten chapters, The Woman Reader takes us on a journey from ancient Mesopotamia, via the Middle East to Europe and the United States, to conclude, provisionally, in our modern times with its many contradictions: the spread of ebooks in advanced democracies co-existing with clandestine reading groups in countries like Afghanistan.

The wrangle over women’s reading was particularly vociferous in the time of the Reformation and Counter Reformation as the Catholic Church sought to control the critical reading of the Bible by controlling, among else, women’s readings more generally.

But the English Crown was not so much better, and that included Henry VIII, who fought the Catholic Church but also sought to censor publications and readings, ironically, much to the abhorrence of his Catholic wife Katherine.

Indeed, the cleavage between those who favored women’s reading regardless of content and those who were against it, unless it was of the dogmatic or religious type, cut through social groups. Thus even though women were overall more likely to look favorably on women’s reading, there were also many among them who adopted a more prescriptive and illiberal attitude.

In the 18th and 19th century the dispute over women’s reading spilled over to the novel. It was especially the success of romance fiction that raised questions about the extent to which the novel, per se, was contributing to the decline of mores.

Reading novels was associated to eroticism, self-fulfillment, and alas, to self-sufficiency. Unfortunately, not everyone assumed William Makepeace Thackeray’s laid-back view on the subject, who likened novels to sweets—and there is hardly anyone who does not love sweets—yet to “ensure a balanced diet, he also recommended ‘roast’ by which he meant factual material to be consumed alongside fiction.”

This is a debate that will always be with us. Yet after reading The Woman’s Reader one will very likely end up agreeing with its author that, ultimately, reading is more important than what one reads, since the act of reading is formative in itself—which is also how reading impacts on writing and so on and so forth.

Women readers especially appear to be very inclusive and pluralist in their tastes, finding pleasure in romance, history, and biography but also, occasionally, in more literary works and those that cross the line one or the other way.

The Woman Reader is a book that I recommend to every reader and, definitely, to every woman reader. It is a book to cherish in one’s library as both history and reference and for the many stories and anecdotes about women who passed on the love of reading to future generations by forming book clubs, writing letters or reviews, as educators, and, not least, through their own writing.

The only regrettable issue about Belinda Jack’s book is that its publisher could apparently not be convinced to improve the print quality of the book’s illustrations. These are well chosen and contribute to the book’s impact, like a magnifying glass. It is to be hoped that in future editions these get printed in better quality and also in color.