The Woman in the Dark 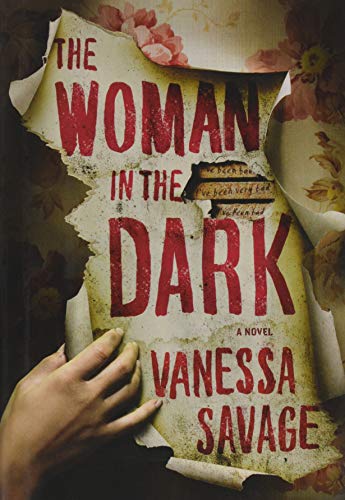 “a story not only of a haunted house but also of haunted people.”

Though Sarah insists she didn’t deliberately overdose on pills, no one believes her. In fact, no one will give her a chance to explain it. They simply tell her what she has to do to come out of the depression into which she sank after her mother’s death. Husband Patrick comes up with the perfect solution.

They’ll move from their current home, leaving its memories behind.

Where will they go? To his childhood home in another city, a place the family had to give up, a place that has now come up for sale.

It’s the culmination of Patrick’s dream to again live in his old home. A reaffirmation of some kind, for him to reclaim that which was taken away through no fault of his own. There’s only one problem. The family home is now known as the “Murder House” because 15 years ago, the owners and one of their children were brutally murdered there.

This year, the murderer was released from prison.

Sarah’s already on edge. After they arrive, things get worse.

The neighbors are a gossip-mongering bunch, making excuses to visit but only to see how the new family adjusts to their sensation-steeped surroundings.

Sarah insists someone is watching the house. She finds odd “gifts” left on the porch—children’s toys, flowers. She tries to make friends, but soon becomes suspicious of those few, a woman named Anna, Ben, owner of an art gallery. She decides to start painting again, giving herself a distraction.

Ben offers Sarah a studio. He wants to exhibit her paintings. In the face of husband Patrick’s refusal to listen to her worries, and the estrangement between them, Sarah wonders if Ben wants more than friendship, and if she should accept.

“It’s changed, the house that once upon a time was just a house, then the Murder House, and now . . . What is it now? It’s not a house for kids.”

Young Mia and Joe are affected, too, having nightmares, withdrawing. When Sarah begins having visions of what happened the night the Evans family was murdered, she doesn’t dare tell anyone. Patrick would demand she be prescribed more pills. Her doctor would have her committed. Best friend Caroline would say she should leave Patrick, take the kids, and stay with her. As for Ben, what would Ben do? What about Tom Evans, the Murder House’s only survivor?

So many things don’t add up or are contradictory. Sarah learns Patrick knew the people who were killed, that he actually was questioned by the police about the murder, but he swears he wasn’t. Ben says he and Patrick were friends, but they no longer are. Why? She’s been told Patrick and Caroline had an affair, but Caroline has never liked Patrick. Is that the reason?

While she’s pondering these questions, Sarah is learning facts about her husband, her children, and even herself, and she doesn’t like what she discovers.

Sarah’s heading to a confrontation very soon, but who or what she’ll be confronting isn’t certain. All she knows is that she’s the one who has to prevent the inevitable from happening, and if she fails, she and her children will join the Evanses as victims of the Murder House.

“I tell myself this move was Patrick’s because this is Patrick’s dream house. We’re stuck because Patrick will never agree to leave and no one will buy this house. They’ll walk into the house and feel the cold spots and see the history burned into the walls and they’ll run as we should’ve. I can see Mia drifting away and Joe self-destructing and Patrick losing control and I know it’s up to me and I’m overwhelmed, but I can’t see past it all to a way out.”

In this era of women’s empowerment, many readers will immediately consider Sarah a weakling because of the way she allows everyone to ignore her, talk over her, and tell her what to do. They’re be saying, “For heaven’s sake, speak up, woman. Tell everyone to shut up so you can explain what really happened.” Sarah is so accustomed to doing what others want, trying to please them, by the time she takes control it’s almost too late.

The Woman in the Dark is a story not only of a haunted house but also of haunted people. It’s a taut thriller and a good one. Interspersing Sarah’s point of view with flashbacks to the early days of their marriage and commentary by the unnamed onlooker, its only considered flaw is its use of the first person present in the narrative.