The Woman with the Blue Star: A Novel 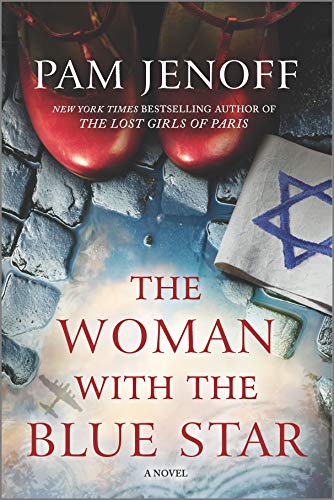 Today, many are upset and confused by the current situation due to the COVID virus and the political unrest we are facing. However, nothing can compare to the suffering and atrocities that occurred in Europe during World War II.

It is 1942, and the Jewish citizens of Krakow, Poland, are being forced from their homes by the SS and Gestapo aided by the Jewish Ghetto Police who do their bidding. Eighteen-year-old Sadie Gault and her parents are sent to live in squalor in a tiny slum apartment from which they see their relatives and neighbors being ushered into trucks and taken to German labor camps.

Sadie spends her days sequestered in their current residence with strict orders to remain inside while her mama and papa toil at physically exhausting jobs. Should anyone enter the building, Sadie knows she is to hide in their large steamer trunk in case the Germans are searching to seize any inhabitants. Though she wants to join the workforce, her mother insists she is safer out of the public eye.

Sadie's heart break, when her mama and papa return from their jobs:

"I wanted to work, even though I could tell from the slow, painful way my father now walked, stooped like an old man, and how Mama's hands were split and bleeding that it was hard and awful. Work meant a chance to get out and see and talk to people. My hiding was a subject of much debate between my parents. Papa thought I should work. Labor cards were highly prized in the ghetto. Workers were valued and less likely to be deported to one of the camps. But Mama, who seldom fought my father on anything, had forbidden it."

Peering out the lone window is dangerous, so Sadie passes the time reading until one day she overhears trucks outside and the growling of German voices alerting her to quickly hide. As the SS inspects every unit, Sadie holds her breath while cramped inside the trunk. Hours seem to pass before it is once again quiet, and Sadie is happy she was not discovered. When her mother arrives after her long day, Sadie is still hidden and Mama, not seeing her daughter, becomes hysterical believing Sadie has been abducted. Emerging from her hiding place just in time, Sadie finds Mama on the window ledge ready to jump preparing to kill herself, grieved at losing her only child.

Now that they are no longer safe, Papa's Polish gentile friend Pawel discovers a way for them to escape, even though he is putting his own life in danger. Sadie and her mother, roused in the middle of the night, gather meager belongings, and are hurried to the basement. There they are shoved into the sewer, their only means of hopefully getting away undetected. Crawling through dirty pipes emitting the acrid scent of urine and feces with walls slimy from mold and covered with maggots, they tread carefully so as not to fall into the cold water running beneath or to be panicked by the huge roaming rats.

Pawel is employed to work in the sewers, and this is where he believes they can be safe. The conditions are deplorable, yet this is their only hope for survival. Joining them in their quest for refuge is a Reformed Jewish family consisting of the father, Meyer Rosenberg, grandmother, Esther, who goes by "Bubbe," and 19-year-old son Saul. They are led to a small, concealed chamber where they can hide until the war ceases or they are somehow rescued.

How horrendous it must be to live in a cold, damp environment with no food, supplies, light, or warmth. Pawel periodically brings provisions until he is caught by the police and arrested. He explains to them it is his job to maintain the drains, but they do not believe him and cart him away. The Gaults and the Rosenbergs never see him again.

Bored and restless, Sadie crawls through the tunnels to stand beneath a grate inhaling fresh air from outside. A young woman, about her age, passes by and notices her, disbelieving anyone would be underground. She speaks to Sadie, introducing herself as Ella Stepanek, a well-to-do gentile Polish girl. Ella is intrigued by Sadie and the hardships she and the others are enduring to stay alive. After Ella’s Jewish friend from high school was taken away, guilt consumed her and she could not forgive herself for not helping her, so she decides she must do whatever she can for Sadie and the others. Ella realizes she is putting herself in danger, but her conscience takes over. Her present life, though filled with riches, is miserable. Her father is dead, her stepmother is brutal, and the man she loves is off to war, leaving her with no one. The least she can do is help others who are being persecuted. But will she be able to help them?

Both Sadie and Ella reveal their sorrows and struggles in divergent chapters as the differences between them are explored; they form a strong bond. The highly descriptive and depressing scenes are fictional; however, they are acquired from research of the actual facts from that era.

The trials and extreme hardships that were faced then goes beyond comprehension. How the individuals struggled to survive brings tears to one's eyes as well as the horrific injustice they faced. The terrors of today's world are slim in comparison to the cruelty of 80 years ago. For those who believe things are difficult today, this insightful and emotionally moving novel will put their own lives in perspective. We can only pray history like this does not repeat itself!