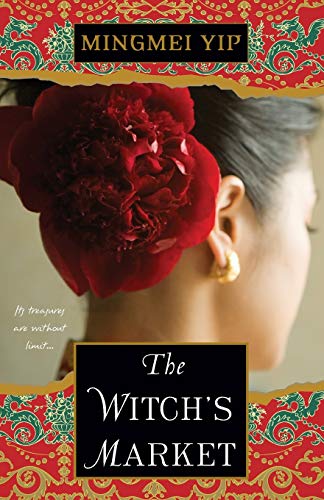 Potential is unrealized in Mingmei Yip’s newest novel. The dialogue is awkwardly delivered and falls flat. There is Chinese folklore interspersed in the story as protagonist Chinese-American professor Eileen Chang goes about immersing herself in witchcraft to create a much-needed book for publication in order to achieve tenure. Eileen studies witchcraft from an academic perspective, though always feels the lure of her shamanistic lineage that passed along the female line from her grandmother to her mother and now to her and her sister.

Mingmei Yip has yet to hone the craft—telling instead of showing the reader. It is as if the author has written a detailed outline to the story but has yet to edit it and really craft it into the sensational piece of fiction this promises it could become. The depth simply isn’t in this novel, and readers fail to get a sense of place despite being told that they are in San Francisco or Tenerife. For example, Eileen goes into San Francisco to “The Witches’ Market,” for which the book is presumably named, but one wonders why the spelling differs in the title. Readers are told “Besides witches’ supplies, more ordinary items were on display: fruit, vegetables, cans of soda, batteries . . .” What are witch supplies? This would have been interesting to find out about. Tarot cards? Lizard eyes? Dragon hearts?

Initially Eileen needs to write a book for tenure, so she naturally picks magic because it’s something she knows a bit about from her background and she can research Western magic, but then she abandons her job and goes to Tenerife because there’s someone in a Taoist temple who can help her master her psychic ability. Where does the money come from so that Eileen can abandon a job when tenure was such an initial concern?

Readers expecting a book filled with magic will be disappointed. Eileen is academically interested in magic, and the story revolves more around an old mystery of a death and disappearance. The sole reason Eileen gets involved with the mystery is because once she arrives in Tenerife and befriends the dead girl’s father and his ex-lover she is being haunted by the dead in her dreams. Even the cultural gold about Chinese magic barely shines through when it is on display.

As a character, Eileen is rather unlikeable and confusing—at first she sounds like she has inherited her cultural and ancestral gifts, and then she says she denies them. Next she decides she is going to accept them again, and then she can’t figure out how to use them. What does she actually know and not know?

Then there is her romance with the island’s furniture maker as well as her on-again-off-again relationship with wealthy Ivan in San Francisco. Eileen can’t decide between them, sees both of them, but the romance (with either man) isn’t described at all. It’s not believable that she cares for either of them, which is fine, but it’s strange that either of them should care for her given that she’s lukewarm at best. Eileen is exasperating. Motivations are always explained; Yip does not trust her readers.

Everything simply happens for Eileen. There are no conflicts for her throughout the entire novel—she knows the language that’s needed at the moment, the men all want her, the people she encounters automatically want to help her or talk to her, she always has the right amount of money or the deus ex machina to pave the way.

The Witch’s Market is disappointing. Readers looking for an insight into Chinese culture through fiction will want to go with Amy Tan.