The Witch in the Well 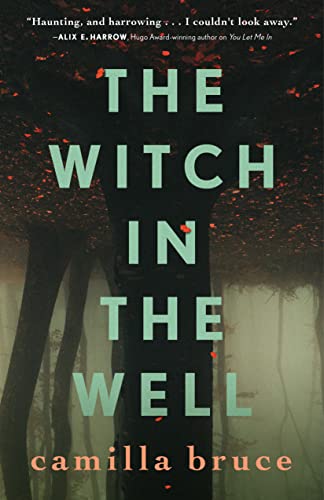 “The Witch in the Well is terrifying in its narration, as well as ironic, a story of two women engaged in a deadly rivalry.”

For two hundred years, the well in the woods had a bad aura. In 1862, Ilsbeth Clark was accused of being a witch after several children disappeared. A judge acquitted Ilsbeth, but the villagers took things into their own hands and drowned her in the well.

Twenty years ago, Cathy Evans and Elena Clover meet when Elena’s uncle buys the summerhouse called the Castle on the Nicksby estate. The two become friends, and each summer, Elena returns to visit until the day Cathy shows her something at the well, frightening the younger girl so it puts a fracture in that friendship.

“I have thought many times how the dusky light and Cathy’s words might have tricked me into ‘seeing things.’”

Eventually, as the girls become teens, Elena doesn’t return, having discovered boys and gaining new friends, as well as new interests. At this, Cathy feels betrayed, as well as abandoned. Although she dates and eventually marries, she turns more and more to learning about Ilsbeth Clark, deciding to write a fictionalized account of the accused witch’s life and thus absolve her of the crime causing her death.

“I meant to write a proper book, one to right a wrong and clear a name.”

When Elena’s uncle dies and she returns to close up the Castle in preparation for its sale, she again meets Cathy, and the reunion isn’t a pleasant one. Now an author and an internet Influencer, Elena finds herself drawn to the wood and the well in it where she is possessed by Ilsbeth Clark’s malignant spirit. Inspired by the emotions the possession gives her, she also decides to write a novel about the accused witch.

When Cathy hears this, her old anger at Elena, for supposedly abandoning her when they were children, springs again to life.

“The book was everywhere, following me around and especially online, helped by clever algorithms.”

The confrontation between the two doesn’t go well. Elena is surprised and disbelieving that Cathy is writing a book on the same subject, while she is certain hers will be the definitive one since she has Ilsbeth’s spirit guiding her.

“I’ll definitely write that book, and then I’ll watch with glee as Cathy weeps.”

Cathy accuses Elena of merely writing it to thwart her own work and will not vindicate Ilsbeth but will complete the ruination of the so-called witch’s reputation.

“What happened to Ilsbeth was highly unjust, and I found it was time to state that fact. I also wanted to remind you all that behind our local legend, there was a woman of flesh and blood.”

Cathy retaliates in childish but vicious ways . . . releasing moths into the Castle, leaving roadkill on the doorstep, playing eerie music at odd hours.

“How can a person be so utterly unpleasant? Whatever does she think she’ll gain by spewing like that at people who are practically strangers? If this is how she usually acts, I’m not surprised at all that people talk about her.”

Eventually, the rivalry’s viciousness comes to its expected end when Elena is killed. Now Cathy has to prove she’s innocent, just as Ilsbeth did 200 years before, and it’s obvious no one is prepared to listen, just as they didn’t listen then.

“We have a sorry history when it comes to gossip and rumors in this town, and we should all have learned our lesson by now: Not a single wagging tongue is innocent when the witch goes down the well.”

This novel might be subtitled Two Points of View, Some Excerpts, and the Witch’s Opinion. The entire story is a flashback, giving both Cathy and Elena’s sides of their rivalry, as well as its origin.

Cathy is presented as embittered and jealous, never accepting responsibility for anything happening to her or the things she does, and always finding someone else to blame. She also refuses to compromise.

Elena is shown to be a bit ditsy in the beginning, in her role as vlogger on the internet, with her New Wave ramblings about getting in touch with the SOUL VOICE (always in capitals) and constant selfies posted with hashtags. After her possession by Ilsbeth, her realization that Cathy is determined to prevent the publication of her novel comes too late for her to prevent the plunge into tragedy.

Excerpts from Cathy’s novel support her view of Ilsbeth, though the actual truth is revealed by Ilsbeth herself, proving her agenda has a more sinister purpose than establishing her innocence, with both women as her targets.

The Witch in the Well is terrifying in its narration, as well as ironic, a story of two women engaged in a deadly rivalry. If Cathy and Elena had set aside their antagonism and worked together, they might’ve survived. As it was, both wanted to possess Ilsbeth; instead, it is Ilsbeth who possesses them.