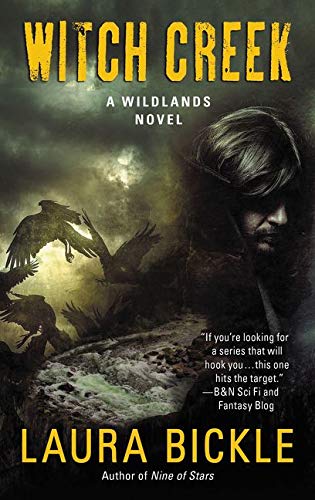 “A powerful and thought-provoking story filled with the use of Native American legends and arcane magic.”

It isn’t a good time for Petra Dee. Her husband, Gabriel, is missing, held prisoner by Owen Rutherford, sheriff of Temperance, Wyoming, and owner of Rutherford Ranch. Petra is also drying of cancer.

“Gabriel had faced death in all its guises. But he had survived. Or so she had thought. But Gabriel had never faced death like this. Sterile as saline water. The sheer helplessness of it all. Maybe it was best he wasn’t here.”

Deciding finding her husband is more important than the treatments to prolong her life, Petra sets out to rescue him.

With the aid of her friend, Maria, Nine, a wolf transported from her own dimension and transformed into a human in this one, and Sig, her faithful coyote, Petra begins her search. She goes to Rutherford Ranch where the dying Tree of Life is barely retaining its hold on existence, the Tree where Gabriel was originally hanged, then resurrected to begin his centuries-old survival as a henchman of the wizard Lascaris.

“He had always belonged to the Tree. No matter what. If it had finally reclaimed him, like a jealous lover, he was lost to her.”

She’ll meet Lev, who shares his bar with the bickering ghosts of a bar girl and a priest. She’ll discover Owen Rutherford has made a pact with Muirenn, a mermaid-like creature cursed by Gabriel’s original master, now freed by a deluded Owen to wreak her own revenge upon a world that rejected her, and upon Gabriel who brought about her imprisonment.

She’ll discover the dying Tree of Life still has enough power to do the impossible.

“It seemed to be a wall of tree roots, ancient and unyielding, something that had been here for hundreds of years. There was something about it, something vaguely man-shaped. Blue crystals began to form on the wood at the waterline. The roots were warm, like flesh. Dim light pulsed beneath the skin of the wood. The roots glowed, warm like sunshine, like a candle behind a metal lantern, seething and swirling.”

This time around, love and not magic will conquer, but it won’t resolve everything.

While this is a powerful and thought-provoking story relying on Native American legends and arcane magic, it has two major defects. There’s little to no initial background for the characters, giving the reader a feeling of being dropped into the middle of a long narration and then plucked out before it ends. That’s not to say the characters have no depth, because they do, but its complexity deals only within the scope of the present situation and reveals little of their pasts, other than short explanations dropped here and there, to introduce the readers to them.

Halfway through the novel, a new character is introduced, one so endearing he immediately wins the reader’s interest, offering the expectation of new avenues to be explored. A few pages later, he’s killed in what appears to be nothing more than a ploy to give the grieving father the right to be the one finishing the monster and thus affording the heroine a new lease on life.

This creative laziness on the author’s part—for giving this particular character more space might conceivably make a tangent from the main storyline and even enlarge into its own novel—appears a betrayal of the reader’s trust. Whatever the reason, creating a character as a mere means to an end offers a great temptation to stop reading then and there.

In spite of this, Witch Creek is an enjoyable novel. The flow of magic and its interweaving into the narrative leaves no room for criticism. The inhuman villain is a much more terrible menace than the human one, and the hint of worse things to come will definitely leave the reader waiting for the next entry in the series. With this cliffhanger beginning and end, Witch Creek has a powerful story to tell, though its flaws do detract.