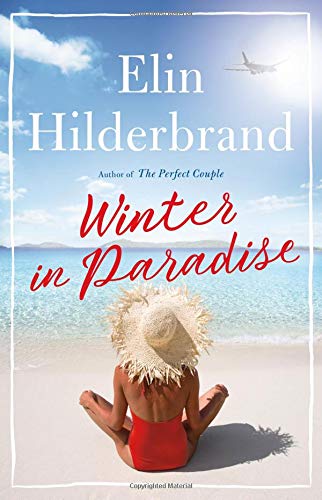 Irene Steele has a close to perfect life, or does she? She loves job, her husband Russ, their Victorian home, and her two grown sons. Baker lives in Houston as a stay-at-home dad caring for four-year-old Floyd and doing day trading while, Anna, his cardiothoracic surgeon wife is at the hospital all the time. Cash, the youngest residing in Denver who has always been somewhat flighty with regard to jobs became the owner of two sporting stores which his dad bought.

Out of the blue Irene learns she's just been demoted as editor-in-chief at the Heartland Home & Style magazine to a newly-created position as executive editor, now part-time and with a 30% pay cut, so a younger and more hip gal can take her place.

Basically, Irene's biggest drawback, not considering her work disappointment, is that Russ is hardly ever home as he is always traveling for his job. Does she have a right to complain, seeing he makes a tremendous amount of money, allowing her to redo the home of her dreams and want for nothing?

The day Irene learns of her demotion, she receives a disturbing phone call from St. John, a part of the U.S. Virgin Islands, informing her Russ has died in a helicopter crash along with a local woman and the pilot. Astounded, Irene wonders what he was doing in the Caribbean and phones Todd Croft, her husband's boss, from whom she receives more bad news from his enigmatic secretary, stating, Russ's property manager IDed the body and Todd Croft gave the okay to cremate him.

Irene as his wife should be making plans for his internment, so what right did Croft have to authorize a cremation? Whatever is going on? She asks her sons to accompany her there to find out how this accident happened.

Irene, Baker, and Cash arrive at the small island and are met at the ferry by Paulette, caretaker of Russ's property who takes them to his villa. His villa? When did Russ buy a villa? More shocking news awaits their arrival at his palatial estate; they discover his personal effects have been removed. All three are stymied, and Irene doesn't know whether to be angry or hurt. After 35 years of marriage, did she really know her husband? What other secrets will she learn? The three cannot ascertain heads nor tails about this whole situation and become frustrated as each answer only brings more questions.

As they tour this exquisite mansion, Irene realizes her beloved husband has been unfaithful. "Every single time he told her he was 'working' in Florida or God knows where else, he was here, in this house, with this woman. The depth of Russ's lies takes Irene's breath away. Hundreds of lies, thousands of lies. He had professed his love for Irene, daily, every single time she spoke to him on the phone. He had told her he loved her so often, she had stopped hearing it. She thinks of the airplane he hired to drag a banner around Iowa City on her fiftieth birthday. At the time, Irene had been embarrassed by that blatant show of devotion. What she hadn't realized, of course, was that Russ was trying to compensate. He hadn't hired the airplane banner because he loved Irene and wanted everyone to know it; he'd hired it because he felt guilty."

Cash and Baker take advantage of the beautiful island and both crush on Ayers, a young woman who was a best friend to Rosie, Russ's mistress. As typical with siblings, there is rivalry between them and long-harbored opinions of who was the most loved son.

All the while, Irene meets Huck, Rosie's stepfather, and they have an immediate connection, albeit a strange one as they are both on opposite sides. But maybe through him, Irene will learn the truth.

This fast-paced novel offers the voices of several different characters, as well as a hefty load of intrigue. What is captivating is the mystery of Russ's affair and the unanswered questions of his other life. It appears Croft and his colleagues are covering up a lot, which concludes with the reader hanging and wondering if this novel is going to segue into a series.