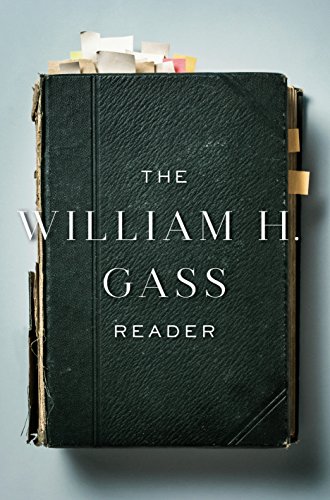 “his poetic prose is a joy to read even when its vision is pessimistic.”

Known as a writer’s writer, the late William H. Gass (Middle C and Eyes, both reviewed in NYJB) was the author of challenging, sometimes experimental fiction and eloquent, erudite literary essays composed in mellifluous, poetic prose that reads well out loud. As he says in “Henry James’s Curriculum Vitae,” “All fine writing should be speakable even if it is not actually spoken. It must be mouthed; for that is how we first learn language, how we make in the world our earliest contacts.”

History professor William Kohler, the central character and first-person narrator in Gass's second novel and magnum opus The Tunnel, says he gave up poetry for history. Did Gass give up poetry for prose, or did he repackage it in sentences and paragraphs instead of lines and stanzas? In his novella Emma Enters a Sentence of Elizabeth Bishop’s Gass employs rhyme, prose enjambment (where a sentence begins in one paragraph and ends in the next), and inserts lines of verse between paragraphs.

Gass is fond of alliteration but employs it empathically in his essay “On Exile” (Finding a Form), “The hurt heart heals, but the healed heart still hurts,” and more bleakly in The Tunnel, “Let depression like time payments weigh you down; feel desperation and despair like dust thick in the rug and ragged curtains, or carry puppy pee and plate scrapings, wrapped in the colored pages of the Sunday paper, . . .”

Gass has noted that Thomas Pynchon’s novels are even more erudite and full of ideas than his own, but what’s missing in Pynchon’s prose and abundant in his own is musical language. It’s not surprising that Gass's favorite novels, Marcel Proust’s Search for Lost Time and James Joyce’s Finnegan’s Wake (with Ulysses close behind) are written in lyrical prose.

Of Gass's seven volumes of fiction (three novels and four books of stories and novellas) and ten nonfiction books of essays, where should a previously unacquainted reader start? Shortly before his death at age 93 last December, Gass chose the essays and fiction excerpts that comprise The William H. Gass Reader. At over 900 pages, 30% fiction and 70% nonfiction, only the ebook edition can be considered A Portable William H. Gass; indeed, its intimidating size is a metaphor for the degree of difficulty some of Gass's work poses.

“My stories are malevolently anti-narrative, and my essays are maliciously anti-expository,” Gass writes in the title essay in Finding a Form. Yes, his fiction is driven more by character and language than plot, but the essays do have points of view. This anthology provides a sampler or tasting menu with which readers can decide whether to proceed to the books.

TWHGR is divided into four main sections, “Introduction,” “Fiction,” “Artists,” and “Theory.” Readers who start with “Theory” will find it applies less to Gass's fiction than to his analyses of other writers’ works. Consider reading “The Architecture of the Sentence” in “Theory” before reading “Gertrude Stein and the Geography of the Sentence” in “Artists.”

“Introduction” includes essays that acquaint the reader with Gass's literary taste and critical biases. One of these, “Fifty Literary Pillars,” is a list with one to three paragraphs devoted to each of 51 works and/or authors that influenced Gass (Sigmund Freud is added at the end to correct an oversight). Most of these Gass continued to admire with the notable exception of Ezra Pound, a reassessment developed more fully in “Artists.”

For most of his adult life Gass read at least one Rilke poem every day, and Rilke is the only foreign language poet Gass translated into English. As H. L. Hix notes in Understanding William H. Gass, the title of Gass's story “Order of Insects” alludes to the question Rilke poses at the beginning of Duino Elegies: “Who, if I cried out, would hear me among the order of angels?” (Gass's translation).

The 36 sections of Gass's story “In the Heart of the Heart of the Country” correspond to the 36 lines of Yeats’ poem “Sailing to Byzantium,” though where Yeat’s Byzantium is sacred Gass's midwestern small town is profane. In the same story Gass quotes lines of verse by Ben Jonson and William Cowper. The shorter sections of the story resemble postcard like prose poems.

Gass's favorite women writers are Virginia Woolf, Colette, and Gertrude Stein. He also devotes an essay to Katherine Ann Porter in “Artists” and in “Fiction” mentions poets Elizabeth Bishop and Marianne Moore in “Emma Enters a Sentence of Elizabeth Bishop’s,” which opens with the title character imagining the two poets lying naked on their sides facing each other their noses and nipples touching.

“Fiction” comprises novel excerpts and selected short stories and novellas that within the size constraints of an anthology stand on their own outside the context of their original books. That explains why Gass chose to include the second of the first two short sections of his first novel Omensetter’s Luck, even though the much longer third section is more representative of the work as a whole.

The excerpts from the nonlinear novel The Tunnel are presented in a different order than in the original book, but that need not concern the previously unacquainted reader. See Hix’s book for a fuller appreciation of Gass's first five fiction books and the NYJB reviews of the final two.

The essays in “Artists” are devoted to specific authors, including Rabelais, Robert Walser, Franz Kafka, Valery, Rilke, Stein, Colette, Porter, Malcolm Lowery, Jorge Luis Borges, Italo Calvino, and two essays on Henry James. Gass's assessment of Friedrich Nietzsche is almost as harsh as that of Pound, while his strongest praise goes to James and Stein.

For several years prior to writer John Gardner’s 1982 death he and his friend Gass conducted a public correspondence in literary periodicals in which the aesthete Gass insisted that form matters most in literary works of art whereas the moralist Gardner insisted that fiction affirm the moral good. Neither was indifferent to the other’s criterion; their disagreement was one of priority.

In his essays and fiction two sides of Gass emerge, the formalist aesthete and the moral philosopher. Like many writers he earned his living as an academic, but instead of teaching English he taught philosophy. His essay “The Habitations of the Word” in “Theory” discusses Plato’s Phaedrus dialogue.

When Gass began graduate school at Cornell University in 1948 he considered its philosophy department more intellectually rigorous than its English department, but within philosophy he specialized in poetics and wrote his doctoral dissertation on metaphor. As an undergraduate at Kenyon College he studied with John Crowe Ransom and became strongly influenced by Ransom’s New Criticism and its close reading of literary texts without reference to external contexts.

But Gass was not a doctrinaire New Critic, and the essays in “Authors” include much biographical background. Gass said his fiction was motivated by a desire to get even, and the people with whom he wanted to get even were his parents: his racist, anti-Semitic, bigoted father, and his passive alcoholic mother. For Gass rejecting his father’s prejudices and world view was a matter of moral principle.

One way to view The Tunnel is as a work of speculative meta-fiction. Though Gass said in an interview that there is a little of his parents in The Tunnel but not much, imagine him thinking, “suppose I had been a few years older, never rejected my father’s bigotry and world view, and stayed in my unhappy first marriage never experiencing the joy of my second.”

Like Gass, Kohler has a bigoted father and an alcoholic mother but unlike Gass inherits and embraces his father’s prejudices, tells Holocaust jokes, and has written a history of Nazi Germany from Hitler’s point of view. Kohler’s cadenced, erudite first-person narrative flows from the mind of a despicable character. The novel’s now timely subject is what Gass calls “the fascism of the soul,” and via Kohler it demonstrates how fascism can infect even the most highly educated and culturally sophisticated members of society.

Coincidentally, The Tunnel was published in 1995, the same year as Philip Roth’s Sabbath’s Theater, whose first-person narrator Mickey Sabbath is also filled with hate and resentment. Like Sabbath, Kohler is a three-dimensional villain with whom readers begrudgingly sympathize.

Gass doesn’t mention James’s and Porter’s anti-Semitism or Stein’s far-right politics, but in “The High Brutality of Good Intentions” he considers the mature James the ideal combination of literary aesthete and moral philosopher for the way his depiction of human manipulation illustrates Immanuel Kant’s categorical imperative to always treat humanity as an end and never a means. Perhaps the common enemy of the moralist and the aesthete is the utilitarian. After praising James’ style, Gass concludes, “The value of life lies ultimately in the experienced quality of it, in the integrity of the given, not the usefulness of the taken.”

The last two essays in “Artists” are on the Holocaust, which Gass considers “the world’s worst moral catastrophe” (“How German Are We,” Tests of Time). According to Gass a total aesthete reduces everything to style; the centrality of moral and ethical issues in his writing proves that Gass is not merely an aesthete. Whether or not they agree with him his readers will never be cognitively malnourished, and his poetic prose is a joy to read even when its vision is pessimistic.