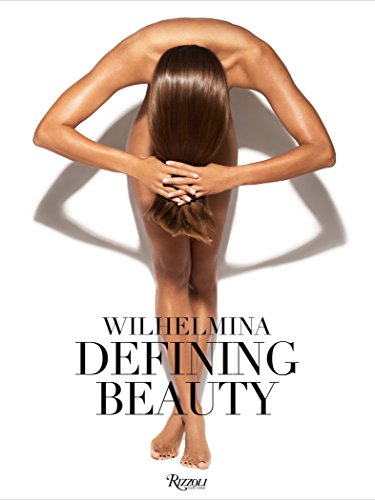 The anticipation, expectation, and reality of this book, given its jacket cover and title, does not equate on many levels. The perspective reader might think that Wilhelmina: Defining Beauty would be a love letter to one of the most iconic fashion models of the 20th century and the legacy she left behind after her untimely death. It is much more about the business entity known as Wilhelmina in its 21st century incarnation.

With that said, the author offers a bit of history of the eponymous agency and its founder, but you become keenly aware that Wilhelmina, the business, has morphed from what it once was into its present state. Wilhelmina today is much more of a talent agency that happens to includes models rather than just an agency that exclusively operates within the sphere of fashion and modeling.

There are so many conflicting aspects of the book in that the images are beautiful yet not memorable, and the book reads more like hardbound comp card instead of the evolution of a groundbreaking modeling agency. In its present state, Wilhelmina is on an international stage and is a publicly traded agency/business of talent in its broadest sense.

On the head shaking side there are numerous inconsistencies and contradictions as well as some odd insinuations. Within the first pages of the book there are several contradictions such as to when she died and how many Vogue covers on which she appeared.

As you delve deeper the author seems to believe that the Kate Moss era of heroin chic and the era of Gia Carrangi are related solely based on drug use when that is only part of the equation. Think about it! Then there are of course the quotes from some of the great fashion sages of all times . . . Beyoncé, Jessica Simpson, and Kendall Jenner. To think that that these paragons of fashion savvy hold any sway or insight is mind boggling to anyone who knows anything about fashion.

It is possible that the book is really aimed at generation Z and millennials rather than at the generation who really understands what Wilhelmina stood for and achieved in her much abbreviated lifetime. The appeal and appreciation of the book will stem from the reader and his or her frame of reference when it comes to the business of modeling and fashion.

Lastly, the most astute of readers might find that the book in its entirety smacks a bit too much of self-promotion as well as reading like a business prospectus that would appeal to potential investors instead of imparting and memorializing fashion history and one of its great pioneers.