The Wilding: A Novel 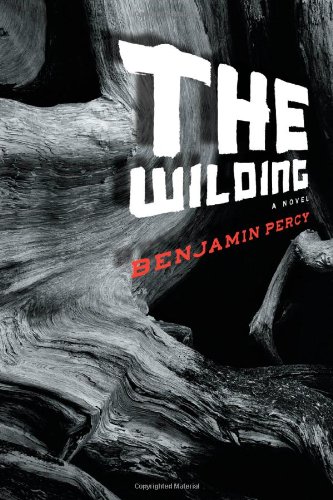 This is Benjamin Percy’s first novel following his successful short story collections Refresh, Refresh (Graywolf, 2007) and The Language of Elk (Carnegie Mellon, 2006). His fiction and nonfiction have appeared in print in a variety of publications including Esquire, Men's Journal, Outside, Paris Review, Chicago Tribune, and Glimmer Train. In 2007, Percy was awarded the annual Plimpton Prize by The Paris Review, and in 2008, he was one of the winners of the Whiting Writers' Award for exceptional talent and promise in early career. Percy has a keen enthusiasm for the outdoors and, when he can, he enjoys hiking, canoeing, fishing, and camping.

The Wilding is a competent example of American fiction that has some vague links to the works of Jack London, Ernest Hemingway, and Joseph Conrad. Percy’s love of the outdoors, especially Oregon, is clearly evident, and is perhaps the most compelling feature of this novel. His description of the natural environment is what connects him to these literary greats. That is not to say that his skills as a writer are in the same league, but that his passionate connection to the environment is what generates his best work.

At its core The Wilding is a lament for the diminishing natural environment, and the role of people in environmental change. As the story unfolds, we are constantly confronted with images of the encroachment of people upon the rural heartland. The central characters are Justin, his father Paul, and his son Graham; they are heading into Echo Canyon for some camping and hunting. The canyon is scheduled to be deforested to make way for a golf course, so this is the last opportunity to enjoy it in its natural state. There are some stark descriptions of the logging and excavation machinery waiting to wreak havoc that clearly indicate the author’s position.

What unfolds is a satisfying tale of adventure and triumph. The three adventurers meet their share of trouble and strife and have to confront issues that emerge from nature and from within themselves. If the ending is a little trite and uninspiring, the getting there is compelling.

There are two other stories that run parallel to that of the three adventurers and do not seem to work as well. We follow Justin’s wife, Karen, as she enjoys her time alone and contemplates the state of her life and marriage. She is tempted by another man, which prompts her to question where she is and where she is going. In some senses her narrative mirrors that of those out in the woods. Her inner turmoil reflects her husband’s, and indicates a lack of control that is the opposite of the human control being imposed on Echo Canyon.

The other story is of Brian, a veteran of the Iraq war, and local locksmith. He was seriously injured and shipped out of Iraq and has not coped well with being back. His injuries have left him psychologically scarred and unable to deal effectively with others. Through the course of the novel he develops an unhealthy attachment to Karen. However, his story is unresolved. At some level this is an apt commentary of the effects of war and a political statement about Iraq in particular. It is perhaps a good starting point for a novel of its own, but does not really sit well alongside the other two narrative strands.

Overall this is quite a good read that does not really develop to its potential. With some judicious editing, and the expansion of key themes and narratives, this would be a very fine book indeed. As it stands The Wilding is a good start from an author that shows much promise. As his career progresses, Benjamin Percy will learn how to narrow his focus and really get to the core of his subjects. When that happens he will produce the works of note that this novel hints at.