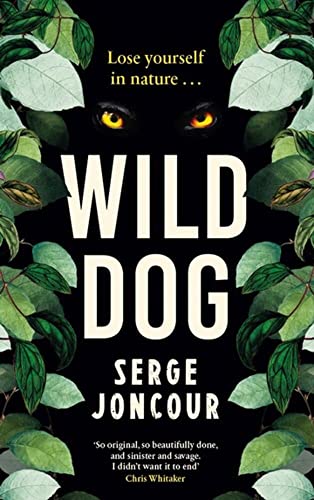 “two love stories seen as a continuing parable, of men in two centuries adjusting to the changing world around them, while each comes to terms with the environment in his own way.”

Once upon a time, in the early years of the last century, there was a war—a War to End All Wars, in fact. Not only people but animals suffered during this war and one man, a German lion-tamer named Wolfgang, worried for his animals when his circus was disbanded.

He took them to a small French village called Orcières where they would be safe, built them cages and stayed there. Alone.

“He settled there with his animals. A Noah without a wife.”

The villagers feared for their lives. Surely the lions and tigers would escape and kill them or would eat the sheep they had hidden from the confiscating army. There were few men in the village, only women, for all the men had been conscripted to fight. Only one, Josèphine, wife of the village doctor, knew she was a widow, however. The others were uncertain of their own statuses.

As these things happen, Josèphine and Wolfgang fell in love.

And then the unthinkable happened. One of the few men left in town, wanting Josèphine for himself, and knowing he had no chance against the lion-tamer’s looks, set free the animals.

One hundred years later, a husband and wife, Franck and Lise, come to the village, wanting to escape the wear and tear of civilization. He’s a movie producer being pressured by his two younger partners to sell out to Netflix and Amazon, coming to the wild to escape making a decision.

“All that mattered to them was producing content, producing television series and a full-length film now and then. But with each passing day he noticed more and more things that divided them, differences that could turn into disagreements.”

They’ve rented an isolated cottage, one abandoned years ago by the family owning it.

“There was not the faintest noise of any car, neighbor, not even a dog barking in the distance, or the sound of a far-off road or a plane, and not the slightest trace of human activity.”

Lise adjusts better to the isolation than Franck, until they find the dog. Or is it a wolf?

“It was a kind of wolf dog; its coat was long, both soft and coarse, and it was thick; the dog had an air of arrogance, the majestic indifference of those who know that they answer to nobody.”

The creature attaches itself to them, following Franck at a distance. Though it appears savage and wild, gradually the two become inseparable. When Franck finds the immense iron contraption in the woods, he’s reminded of the cage used by a lion-tamer to display his animals.

“An enormous pergola with golden bars flecked with rust, a great cage resembling a giant birdcage.”

Who built it and why? No matter, Franck’s distraught imagination sees a drastic answer to his current predicament—iron cage plus wild dog equals a lesson well-taught.

It will bring an end to his partnership in no uncertain terms. He invites his two partners to his wild hideaway.

This novel, translated by Jane Aitken and Polly Mackintosh, reads like a modern fairy tale. Its narration is filled with powerful passages of descriptive beauty, as well as philosophizing about the plight of animals during war—something most people don’t think about—the fate of animals when their homeland is devastated by bombs and tanks. Wild animals become homeless, farm animals become food for the armies—herds of sheep were often driven onto minefields to explode bombs so soldiers could pass through safely—while horses and mules were confiscated as mounts and to pull cassons and wagons.

The love story of Josèphine and Wolfgang is told with a graceful poesy, though the end of their story is related in a few sentences to Franck by a villager after he’s dealt with his bothersome partners. It seems added as an afterthought, thrown in on two pages, negligibly, at that point barely worth a mention, since the remainder of the novel had been relegated to Franck and his adaptation to this wild, new-but-old world he’s come to inhabit.

Wild Dog is two love stories seen as a continuing parable, of men in two centuries adjusting to the changing world around them, while each comes to terms with the environment in his own way.

As Franck says, in the memorable last words of the novel, “I think I’ve found the perfect place.”