The Wife and the Widow 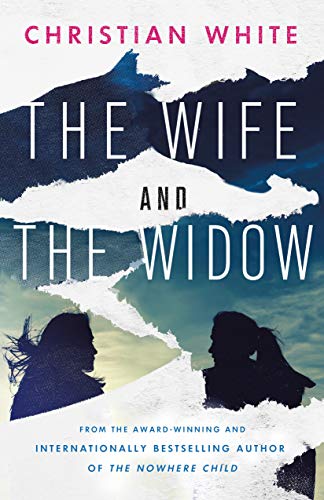 “a gripping psychological thriller that delivers on its examination of the corrosive impact of family secrets with a dramatic finish that upends expectations.”

The Wife and the Widow, Christian White’s new novel, is a compelling, fast-paced tale of two seemingly disparate families, much like his previous, award-winning outing, The Nowhere Child.

One household is a blue collar handyman’s hardscrabble shack on a resort island off the southeast coast of Australia. The other, a doctor’s gated home in Melbourne’s tony Caulfield district.

What links the families are two murders.

The body of the Melbourne doctor is found buckled into a submerged rental car near his vacation home, his throat cut, on fictional Belport Island during the wintry off season. Decades earlier, another man’s body was found at the same spot, known as a cruising location for gay men.

The widow of the latest murder victim is Keddie, a privileged, Lexus-driving mother of a ten-year-old daughter. Arriving on the island with her father-in-law to identify her husband’s body, she leapfrogs police in tracing her husband’s final days, and his troubling motivations for coming to the island. The physician told his family that he was traveling to London for a palliative care conference, but failed to turn up at the Melbourne airport where his wife and daughter were waiting for him.

Abby, the “wife” of the book’s title, an amateur taxidermist and a part time convenience store clerk, also develops a fascination with one of the island murders. When, around the family’s dinner table, she is called on her prurience by her husband Ray, the island caretaker, she offers perfunctory agreement to his objection.

But she is immediately confronted by Lori, her teenage daughter.

“‘Are you serious?’ Lori said. ‘You get off on all this stuff, Mum. Have you looked at our bookshelf lately? It’s full of serial killers and mass murders and child kidnapping and—’

“She glanced across the table at Ray. ‘Because those things didn’t happen in Belport.

“‘Yeah but they happened somewhere. Your argument makes no sense.’”

That exchange raises once again the puzzling issue of whether this vicariousness is the reason women readers form the bulk of nonfiction crime books.

However, as Abby’s investigation leads toward her own husband, she is disturbed, “discovering that true crime was best experienced at a distance, in a safe, warm place, by an open fire or poolside at a resort.”

The narrative alternates chapters between the two women as they inexorably approach intersection, and with it the possible disintegration of their families. There is a devilishly deft plot twist at the finale.

As White explains in his author’s note, “I set out to tell a simple story in a simple way. I wanted the narrative to be clean and linear. Things did not turn out that way.”

This is a well-constructed novel with a strong, atmospheric sense, which is not surprising. The locale is a fictional stand-in for the author’s home town of Ocean Grove on the Province of Victoria’s Bellarine Peninsula.

“In summer it’s super busy, of course, but during the winter all of the tourists sort of go away and suddenly it’s quiet and desolate and empty,” White told a Goodreads interviewer. “There’s something so inherently spooky about it.”

This is a gripping psychological thriller that delivers on its examination of the corrosive impact of family secrets with a dramatic finish that upends expectations.

A small caution: There are probably more details of taxidermy—not coincidentally White’s wife’s hobby—than the average reader may require or find palatable.