The Widower's Tale: A Novel 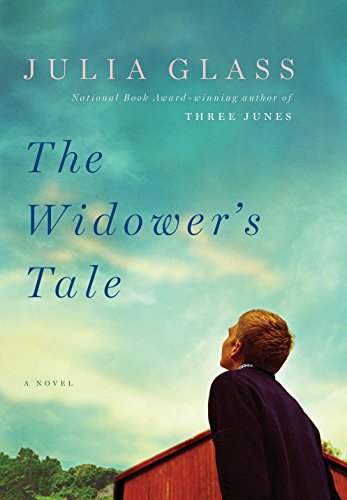 Ms. Glass’s talent lies in writing about the complexities of family dynamics. The Widower’s Tale is her fourth novel and takes place in an idyllic, suburban Boston community. The main character, septuagenarian Percy Darling, lives a rich and quiet life in his historic home. A retired librarian at Harvard University, Percy has raised his two daughters alone after his beloved wife Poppy died in a tragic accident when the girls were in their teens. Now that his daughters are mature women with their own families, he is enjoying his retirement.

However, when Clover, Percy’s youngest daughter, returns home after leaving her husband and two children, Percy realizes he needs to help her. He knows Clover has never been happy, nor found her niche in life, so he selflessly renovates his large abandoned barn—once Poppy’s dance studio—to accommodate a progressive preschool where he hopes Clover’s employment there will help ground her and give her life direction.

Missing his much-coveted seclusion during the school’s construction, Percy becomes unnerved with the noise and people converging on his property. Always concerned about his health and well being, he has jogged almost every day and gone swimming in his pond, but now recognizes his privacy is a thing of the past.

While shopping at a local store, Percy meets a clerk named Sarah, some years his junior, only to be delightfully surprised when he learns her young son is a student at the new preschool. Before long, Percy’s many years of celibacy end, and he finds himself falling in love with Sarah.

Meanwhile, Percy starts spending time with his grandson, Robert, the only child of his eldest daughter Trudy. Robert is a pre-med student at Harvard and is at helping to build a tree house for the preschool. Robert is floundering, wondering about his future and is sucked into “saving the earth” with his bohemian roommate Arturo.

This multi-generational tale includes seventy-year-old Percy; Robert’s hard-working and dedicated physician mother and mediator dad; Clover and her two school-aged children—as well as a cast of others. Ugly family insecurities pop up along with sibling rivalry, making this a complex albeit believable read. Other colorful characters add to the intrigue of the story.

Alluring descriptions, along with discerning characters, intricate plot lines, and the tackling of several complex issues offers an empathetic yet lively read. The only negative aspect to this well-written book that this reviewer could find is the fact that the title does not add credence to the story, for The Widower’s Tale is much, much more than Percy’s story.