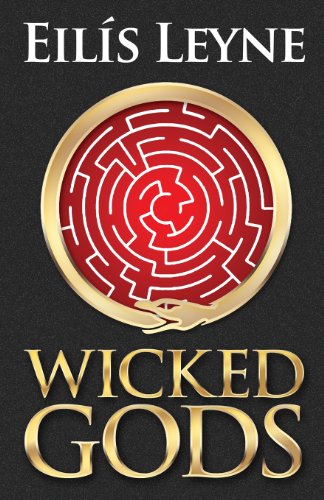 “In this book religion is actually the MacGuffin, the object in a suspense story that sets up the plot and keeps the chain of events in motion . . .  ‘One enterprising protester had managed to defecate in her publisher’s booth.’”

As a suspense thriller about the destructive force of religion, Wicked Gods goes where nonfiction writers such as Richard Dawkins and Christopher Hitchens can only hope to enter—the reader’s deep imagination.

The topical subject matter will certainly stir readers given the strains of fundamentalism here at home, in the Middle East, and in Southeast Asia. But in this book religion is actually the MacGuffin, a term Alfred Hitchcock used for the object in a suspense story that sets up the plot and keeps the chain of events in motion.

Here, clandestine documents suppressed for centuries by religious authorities around the world serve that purpose. At heart Wicked Gods is a thriller with secrets, schemers, and a sympathetic heroine who is in over her head and consequently in perpetual danger.

That heroine is Professor Mira Vernon, who for decades has studied world religions and conducted demanding fieldwork in volatile pockets of the globe. A resolute humanist, she writes a bestselling book called Wicked Gods: Lies, Illusions, and Violence in Religious Practice. She writes not a sensational diatribe, but as a scholar imagines herself dispassionately laying out the sordid, hypocritical evidence behind the “shiny promises of the divine.”

She is instantly misunderstood as attacking religion per se. Deliberately quoted out of context by extremists and megastar televangelists, controversy soon swirls. Death threats ensue. Hecklers drown out her lecture and smear her as a left–wing ideologue hell bent on creating a godless nation. “One enterprising protester had managed to defecate in her publisher’s booth.”

Professor Vernon’s revelations and her wealthy publisher’s efforts to promote her ideas threaten not only the treasured beliefs of her adversaries, but also, unintentionally, the lives of her allies. For some, this proves fatal.

A lot of research went into this fast-paced page-turner. It is plot driven, but features nice reversals and twists—though not terribly difficult ones for fans of the genre to anticipate. In her effort to maintain suspense the author uses too frequent cliffhangers. Eilís Leyne is the pen name of a successful nonfiction writer. Typical missteps in beginning fiction are evident. Clichés abound. One longs to cross out dialogue tags and a surfeit of adjectives.

These sins aside, Leyne’s fictional narrative forces readers to question their own assumptions. Should one believe or not? How does one solve the conflict between what you think you should do, and what you want to do? How does one address the hypocrisy and abuses of religion, especially its role in fueling worldwide hatred and killing in the name of god?

Leyne looks at the personal costs of deception to those who bend religion to their own ends. They command abused congregants “to close their eyes to what they have seen.” Rape, slavery, gross injustice, and genocide are “all carried out in the name of the divine.” Messiahs pay a price for their glory, and spiritual celebrities pay in the end for their fleeting fame.

It has been years since Professor Vernon felt anything like faith. “Hope maybe, but not faith.” Religion is a chimera, a dual–faced Janus that has “a pretty dreadful history . . . But every day I also see the good it does.” And there you have the central conflict. Perhaps we do need a god.

Shifting genres from nonfiction to fiction is impossibly hard. Many good writers have failed in the transition. In Wicked Gods Eilís Leyne has happily given us both a pleasant read and something worth thinking about.