Why Science Does Not Disprove God 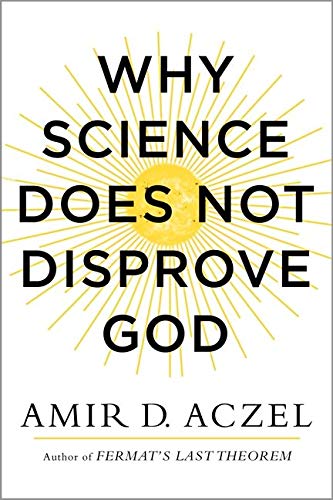 “Why Science Does Not Disprove God is an interesting attempt at a form of religious apologetics, even though it does not always succeed in providing a solid defense of faith. Some useful insights can be gained for the reader who is willing to confront the challenges of quantum physics and quarks.“

The relationship between science and religion has changed greatly in the last several hundred years. As far back as the 1200s, we can find writings (mainly by monks) that engaged the scientific world, either by examining and analyzing Greek philosophical thought or by developing new ideas in mathematics. This supportive state of affairs between science and faith persisted until the late 18th century and the French Revolution (one of the goals of this movement was to wipe out Christianity).

In the 19th century the split between science and religion intensified, with religious believers increasingly being treated as outsiders. In the late 1890s Andrew White published a series of writings in which he proposed the “conflict theory” and offered the thesis that religion had made no contributions to scientific progress, but rather held back the advance of science.

Although this theory has been roundly discredited by historians of science, the idea still persists in the minds of many today. The “divide” continued into the 20th century and is exacerbated today by the abrasive writings of Richard Dawkins, Sam Harris, and others. Dawkins has stated that religious indoctrination of children is child abuse and that religion has nothing useful to teach us. These writers argue that science disproves the existence of God, that much of religion is evil, and that all the complexities of the universe can be explained on the basis of chance events giving rise to the amazing organization and interactions that we see around us.

Aczel wastes little time in challenging a basic tenet of the New Atheism (represented by Dawkins et al.) On the first page of the book, he states “. . . science has not provided any proof that the existence of a creator of some sort must necessarily be false.” Although this sounds like a very mild statement, the reader must keep in mind that most scientists are not given to hyperbole and couch their thoughts in cautious language. Nevertheless, Aczel successfully defends the idea that we cannot rule out the existence of God based on the findings of modern science.

Since Aczel’s professional background is in mathematics, it is not surprising that most of this book revolves around math and physics issues that some way or another interface with religious faith. Several chapters focus on the origin of the universe and the idea of multiverses.

Aczel argues that the Big Bang theory is consistent with Genesis chapter one. Many of his comments about how matter came into being from nothing are not easy to follow for those who lack familiarity with the basic physics of the issue. He believes that the idea of the “multiverse” (the theory that an infinite number of universes exist simultaneously) has no evidence at all—it is simply a math construct with no bearing on reality and says nothing about the existence of God.

While some religious believers might find great value in this work, others of a more conservative bent will be very disappointed. Aczel argues that all religions evolved from earlier primitive practices. Many of these religions involved female fertility symbols. He goes on to state that “Scripture was never meant to be read literally.” This opinion is not surprising since Aczel argues a case for a form of theistic evolution, in which God could have been the original Creator but used evolutionary methods in the development of life forms.

References are provided in two ways. Notes at the end of the book cite specific statements made in the chapters and give the source of the quote. In addition, there is a bibliography that follows the references and lists books used in the writing of this work.

Why Science Does Not Disprove God is an interesting attempt at a form of religious apologetics, even though it does not always succeed in providing a solid defense of faith. Some useful insights can be gained for the reader who is willing to confront the challenges of quantum physics and quarks.