The White Girl: A Novel 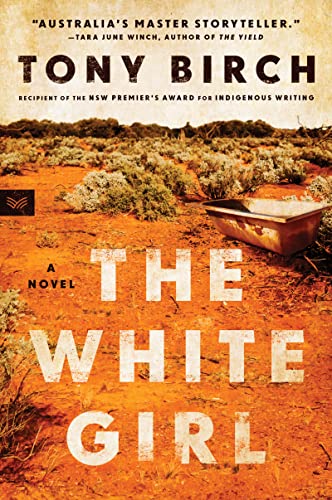 Tony birch’s novel, The White Girl, which won the New South Wales Premier’s Literary Awards Indigenous Writer’s Prize in 2020, can be said to rank among the most compelling novels by indigenous writers. Like Keri Hulme’s The Bone People and Leslie Marmon Silko’s Ceremony, the book captures the strength, character, and suffering of native peoples everywhere.

In this compelling and well-crafted novel, Birch shares the cruelty perpetrated against the Aboriginal people of Australia during a time when children were ripped from their families and dragged off to missionary schools where they were robbed of their culture, and their parents and elders were at the mercy of powerful people charged with overseeing them.

But Birch is writing about more than inhumane laws and the sadistic people who enforced them. He is also writing about the fundamental decency of both Black and white people, the ties of family that cannot be broken, the love of family, and the support friends across the color spectrum.

With well-developed characters and well-paced suspense that keep the pages turning, Birch’s story is told in simple but powerful prose. It follows the emotional and physical journey of Odette Brown and her granddaughter Sissy, who live under the watchful eyes of the law in the western part of Australia. Sissy’s mother has abandoned her daughter for reasons that become understandable, and Sissy lives with her grandmother in the kind of poverty and squalor that could bring anyone down. But not Sissy’s grandmother, Odette. She conveys extraordinary dignity and survival skills no matter what she is faced with.

The villain in the story is a racist police officer and the town’s Simon Legree. He is hell-bent on dragging Sissy off to a missionary school, something that Odette will never allow, and thus begins the sojourn of the deeply loving grandmother and grandchild.

Their journey is archetypal. The duo is driven to leave their home by the perils awaiting them if they remain. They undertake a long journey by train to an unknown place, meeting an important stranger along the way who helps them. He is married to a nurturing mother figure. A series of darkly threatening events occur calling upon Odette to muster all her innate skills to save her beloved Sissy from a life of servitude, fear, and otherness. She succeeds against strong odds and, eventually, they both return to their family home, having endured and been changed forever in fundamental ways.

This heartbreaking, beautiful story about fundamental human decency, and its absence, offers a reminder about what matters in life regardless of race, economic, or educational status, and oppression, real or threatened. Through the lives of strong women, and the men who care about them, readers will find a story of courage, connection, dedication, and honor.

The tale also offers important historical lessons about the lives and character of Aboriginal people who suffered mightily from their white oppressors. In essence Odette, Sissy, and the loving people they come to know illuminate the best in human nature against the backdrop, and in the case of indigenous peoples, the persistence of enormous inhumanity.

All of this is rendered in a carefully crafted work of fiction that makes good writing seem easy. But writers like Tony Birch, whose work derives from a reality with which the author is deeply familiar, know how difficult it is to tell the stories of their people. We have reason to be grateful that they do.