White Dog Fell From the Sky: A Novel 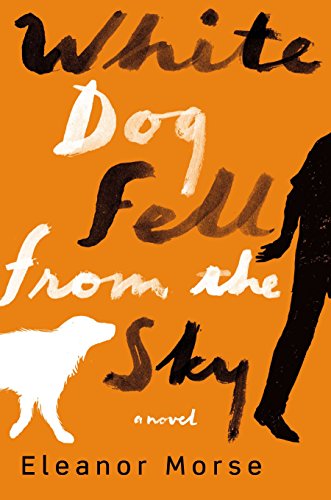 “. . . a satisfying, savory dish that should be served alongside the best in contemporary multicultural fiction.”

There are not enough adjectives to describe the strength of this story.

Eleanor Morse has written a character driven novel with character. White Dog Fell from the Sky has a life of its own that blends reality, insight, observation, and nuance with such ease and grace you forget you are reading.

Two of the main characters, Isaac Muthethe and the white dog, are immediately dropped into reader’s laps with perfect clarity and timing. Their circumstances and environment can be absorbed and felt, as though you are inside Isaac’s skin as he lifts himself up from the dusty Botswana road.

At its core, White Dog Fell from the Sky is a powerful story of love – love of a person, a people, a land and living with purpose. It involves a medical student (Isaac) who must flee apartheid infested South Africa in 1976, after he witnesses his friend’s murder at the hands of the South African Defense Force and the American woman, Alice Mendelssohn, who he befriends in Botswana. Alice followed her husband to Africa and works for the Botswana government.

When Isaac goes missing, her marriage disintegrates and a new love comes into her life, Alice abandons all pretext, while Isaac tries desperately to save the rest of his family and himself, from the terror, torture, shame and killing in his homeland.

The novel’s insight into land, people, relationships, culture and political realities is superb. It is easy to identify with many people in the story, including Isaac and Alice, regardless of one’s personal background or home of origin. The Africans and Europeans who populate the pages are honest embodiments of fellow human beings we have all known—fragile, strong, abusive, kind, and complicated.

Each individual has his view of the world shaped by his experiences and expectations. When Isaac describes his “friend” Amen, who is working with the African National Congress (ANC) in Botswana and Angola, he sees “. . . an ancient injury living side by side with arrogance. Menace, the child of the union.”

Alice and her marriage are described as, “You could see their hearts were not beating together, the blood in their veins wanted to flow toward different oceans.” Alice realizes that, “She and Lawrence had slid into each others lives in simple, naive faith.”

Eleanor Morse’s story is emotionally riveting, heartbreaking, and at times unbearable, while simultaneously embracing hope, insight, and a sense of perpetual mystery.

Each sentence is more beautiful than the last. Some aspects, such as the mutual respect and understanding that develops between Alice and Isaac, are similar in its depth and ambition to the literary masterpiece by Alan Patton and his characters in Cry, the Beloved Country.

White Dog Fell from the Sky is a satisfying, savory dish that should be served alongside the best in contemporary multicultural fiction.