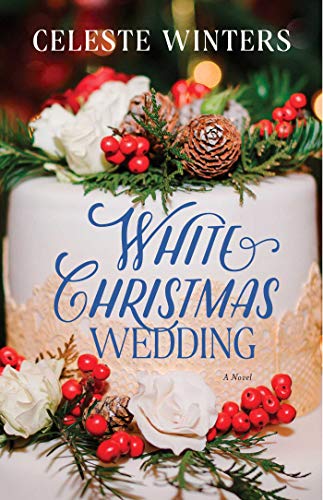 “the charms of the countryside, good friends, and loved ones will warm the heart.”

Beth Dean lives in New York but is returning to her mother's Michigan home for her upcoming Christmas wedding knowing that being wed there is the only way her grandmother will be in attendance. She phones her best childhood friend and family neighbor Jen Fitzgerald to tell her the news. Jen always wanted to be a wedding planner so when Beth asks her to plan her nuptials, she knows there's no better place than her family's barn.

Excited by Jen's plans, Beth cannot wait to marry Tom Allerton, the man of her dreams. After everyone arrives and Beth shows Tom's mother Gloria her room, she digs into her bag having Beth think she has something for her:

"’Dear,' she said, pulling the scarf from her ash-blond hair and shaking it out. 'I have something I want to give to you.'
“Beth could feel her heart thrum. Surprises, where Gloria was concerned, weren't always good ones. . . .
". . . 'Oh,' Beth said. 'Thank you.'
"'Don't thank me yet,' Gloria said, turning around to dig through her bag.
"But when she turned back, to Beth's surprise, she was holding a sheaf of papers.
"'What's this?' Beth asked, confused.
"'It's a prenuptial agreement,' Gloria said.
"'Tom and I aren't signing one of those,' Beth said.
"'That's what Tom said,' said Gloria 'But I'm sure you have more sense than him. After all, you're the one who really understands the value of money.'
"'Because I don't have as much as Tom?' Beth said, trying to keep her voice steady.”

Beth is distressed and heartbroken that Tom's folks think she is only after Tom for his assets, and now she's in a quandary. Should she appease his parents and sign the form or stand by her principles? Tom is angry at his mom, but this is still a contentious point between him and Beth, and she hates Tom being put in the middle.

Meanwhile, Jen is in her glory fixing up the barn to look like a magical wedding venue. She remembers her dream:

"It had started with a child's simple logic. Once Jen learned, as a little girl, that all weddings didn't have to happen in a church, because you could just get the minister and take them pretty much anywhere, her five-or six-year-old self hadn't been able to imagine anyplace better to get married than her family's barn."

But obstacles get in her way. Winston, a high school chum, is picking up the New York guests at the airport and breaks down on the way, but he comes up with an idea at the last minute to solve the problem.

The night before the ceremony Jen goes to the barn to transfer the two horses to Beth's family stable only to find they've eaten the flowers used to decorate the aisle seats. This takes some quick thinking on her part and changes, which she manages. Then a few hours before the wedding is to take place, she discovers the doors are open and the ongoing blizzard has dumped tons of snow inside. For her first try at making this a success, Jen wonders if she can pull this through.

While Beth considers going through with everything, Jen's ex, Jared, appears, the first she's seen of him in more than three years. Betrayed by the man she loves, she tries to distance herself from him, wondering how he could have left her and not contacted her in so long. She discovers she still is in love with him but cannot endure more heartache.

Destiny, Beth's other bridesmaid, finds herself questioning her life. She is happy with her husband, Carl and their children, but she wonders if she's missing out on the dreams, she's had that haven't been fulfilled.

"The problem was, Carl had proposed to her when they were still seniors in high school. And although Destiny and Carl hadn't gotten married until their junior year of college, Beth was the only one who had gone to New York, in the end. And Destiny had always wondered what would have happened if she had gone too, instead of doing what she did."

Her emotions shatter later when the lovely velvet dress she had sewn gets caked with mud and snow, making her believe it is ruined, and she looks horrible, distressing her more.

With the blizzard pummeling the town, everyone is concerned if the festivities can take place, especially with all the minor disasters occurring. Will love survive for all involved, or will this to be a flop?

A delightful, heartwarming Christmas tale, White Christmas Wedding can be enjoyed any time of year. Even though the descriptive country blizzard will have one shivering, the charms of the countryside, good friends, and loved ones will warm the heart.