Whistle in the Dark: A Novel 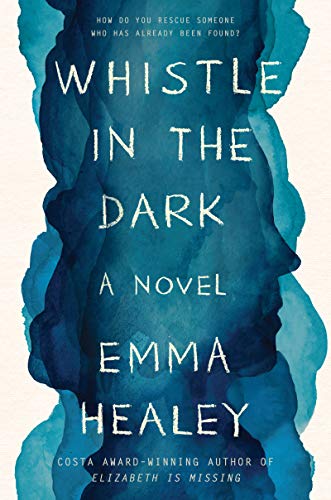 Whistle in the Dark stretches that fraught relationship to almost the worst extreme imaginable, when 15-year-old Lana Maddox goes missing in the British countryside for four frantic days while on a weeklong painting class with her mother, Jen, a graphic designer in London.

The standard detective-novel question is answered on Page 1: Lana is found, alive, with “blue-tinged lips . . . a gash on the ashen head, a scrape on the tender jaw,” smelling “soggy and earthy,” but not seriously harmed. However, that supposedly happy ending—or beginning—only intensifies Lana’s problems with her mother.

Even before she disappeared, Lana had been suicidal and depressed. Now she claims that she doesn’t remember what happened, where she went, or whom she was with during her long disappearance.

Of course Jen and her husband, Hugh, a building surveyor, are desperate to find out more. Of course they—especially Jen—push Lana to talk. In the process, author Emma Healey astutely limns the mother-daughter relationship, from timid tenderness to aggressive snark.

The problem is that Jen is such an annoying mother that a reader understands why Lana might run away (if that is, in fact, what she did).

Jen seems to do everything possible to sabotage her quest, along with the delicate balance with her daughter. She pummels Lana with questions from the moment the girl awakens in the hospital, secretly follows her to school, reads her social media posts, searches her room, and interrogates her friends.

Fair enough: Many parents, in a similar situation, would do the same.

Yet when Lana finally starts to open up—for instance, at a restaurant, talking about the scars on her arms—Jen won’t let her continue. Instead, Jen keeps asking whether Lana has the bag from their shopping expedition:

“‘I thought about saying I’d been gardening,’ Lana said, ‘but, like, no one is really going to believe that …’

[The waiter interrupts the conversation to take their order.]

“‘I really am sorry, but I don’t see why you’re quite so upset, I only wanted to check —'"

That’s not the only annoying inconsistency. If they want to spur Lana to talk, why don’t Jen and Hugh try techniques such as hypnosis and recovered memory?

For that matter, if she doesn’t want Jen snooping, why doesn’t Lana block her mother from her Instagram account?

Meanwhile, Jen becomes increasingly obsessed with weird trivia that often has nothing to do with Lana, including her neighbor’s clothesline and her friend Grace’s psychic stones.

Refreshingly, Jen frequently seems to be aware of her own self-centeredness, albeit powerless to change, an all-too-human trait that almost makes her likable. This characteristic is apparent from the novel’s opening lines:

“‘This has been the worst week of my life,’ Jen said. Not what she had planned to say to her fifteen-year-old daughter after an ordeal that had actually covered four days.”

All those traits are, of course, what make Jen a fully rounded character. Author Healey—whose bestselling 2014 debut novel, Elizabeth Is Missing, won the Costa (formerly Whitbread) First Novel Award—is a talented writer who can define an entire personality with just a few deft phrases.

Consider one of Jen’s earliest actions, when she tries to fix the “powdery” ink marks on the smiley-face flower that had been drawn on the whiteboard by Lana’s hospital bed. “Jen got up to wipe a finger under the marks, but she couldn’t get them to look even and kept neatening and neatening until she’d rubbed the eyes away entirely.”

As well, the intricately plotted narrative keeps the reader’s attention from the start. The novel proceeds, through Jen’s point of view, in short scenes that zigzag across time. Many transitions work smoothly, although other segues are forced.

At nearly 350 pages, however, the book sometimes drags. Then, the final 30 pages are too rushed, ultimately tapering off into a letdown that seems to come out of nowhere.

Still, readers care enough about this struggling, loving, flawed family that we’re glad Healey didn’t try any tricks. Lana is alive, and that’s what matters. Now the family can try to talk and to heal.