When a Secret Kills: A Novel (Deadly Reunions) 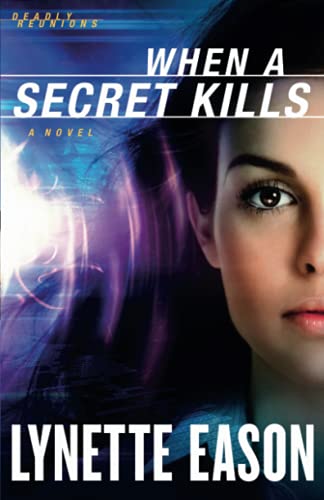 “When A Secret Kills is a sure winner.”

When a Secret Kills marks the conclusion of the three-book Deadly Reunions series. Lynette Eason demonstrates why she is a bestselling author in this twist-filled tale of lies and deception.

The book’s protagonist, Jillian Carter, is an investigative reporter who has harbored a deadly secret for ten years. She witnessed a murder committed by a state senator. Fearing for her life, she changed her name and fled, hoping to leave that moment behind forever.

The problem is that Jillian’s dark secret means she and her daughter can never be safe until she brings her memory of that event into the light. In doing so, she exposes herself and her old boyfriend to the murderous intentions of the killer.

In Jillian’s quest to see justice served, she becomes the victim of several murder attempts herself. Her constant vigilance is tiring and frustrating, and although her old boyfriend Colton is now a police officer, he is also the nephew of the man Jillian witnessed kill another man in the heat of an argument.

Jillian vacillates between wanting to trust Colton completely and wondering if she ever can. She is uncertain whether Colton can investigate honestly a murder allegedly committed by his powerful uncle the senator.

Ms. Eason creates a number of exciting moments throughout the story, bringing us to the very edge of the cliff before ushering us safely back. Car chases, shootings, and explosions ratchet up the suspense, keeping the readers’ heart rate elevated as Jillian tries to recall clearly an event that may not have occurred as she once believed.

With plenty of action, surprise, a hint of romance, and a constant undercurrent of danger, When A Secret Kills is a sure winner.