When a Heart Stops: A Novel (Deadly Reunions) (Volume 2) 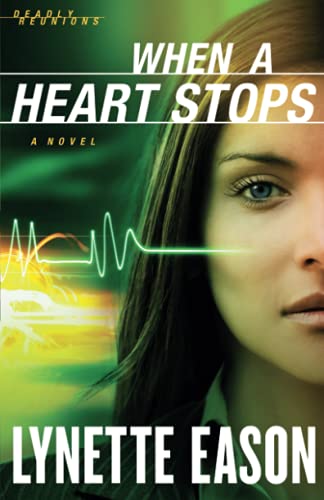 When A Heart Stops is the second installment in the author’s Deadly Reunions series. After reading the novel, it’s clear that a much better understanding of the characters and story would be had if one had read the first book, When the Smoke Clears. Some issues are left unaddressed in Heart, and a bit of confusion is possible if the reader expects this title to stand on its own.

To be fair, the story is a good one. A copycat serial killer is on the loose, operating with impunity and confounding the authorities. A doll bearing a close resemblance to the deceased accompanies each body. An awkward poem is also left as a clue, but does more to taunt the investigators than lend any help in finding the killer’s identity.

Once the murderer captures the prey, an interesting game ensues in which the victims actually choose the way they will die. Macabre.

Serena Hopkins is one of the two protagonists. A medical examiner who autopsies the killer’s victims, she eventually becomes a target herself. Meanwhile, FBI agent, Dominic Allen, a childhood friend, teams with the M.E. to digest the clues and ferret out a suspect. Serena and Dominic’s relationship quickly turns into a love affair while the pair work together to identify the mysterious subject known only as, “The Doll Maker.”

There’s an attempt to make this into a quasi-Christian read, but the few references to God and prayer aren’t enough to sway readers in that direction. In fact it seems a bit forced.

Ms. Eason’s writing is good. She’s able to create enough suspense to coax readers to continue to turn the pages. Although a bit confusing at times, fans of Ms. Eason’s past novels will most likely enjoy her latest. She provides some interesting twists that will keep readers guessing, and her characters are believable and likeable.