When Etudes Become Form: Paris, New York, and the Intersection of Fashion and Art 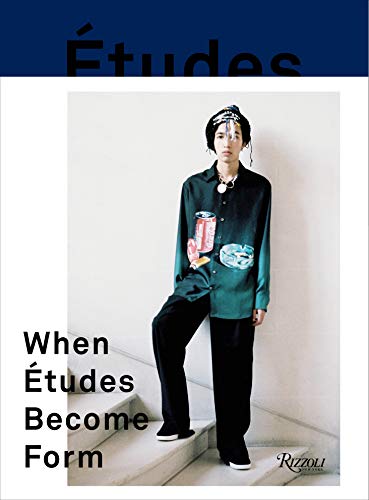 As a reviewer and reader there are issues that need to be considered before one attempts to read When Études Become Form, chief among them would be that no fashionphile that was asked about the brand knew what it was. Apparently it is a creative think tank of sorts as well as a consultancy.

“Five years after its founding in 2012, Études is surely one of the most frequently cited names within the panorama of young international fashion design.” NOT!

Despite its anonymity, yet supposed ubiquity, anyone that was asked about the clothes/brand which purports to be so well known yet no one could speak to it as part of the fashion system, which raises a lot of red flags. The clothes are meant to be streetwear which is already a trend on its way out of the trend cycle, coupled with the fact that the collection is truly generic.

Another alarming issue is that the opening text by Luca Marchetti could not possibly be more pretentious, more over intellectualized, more mind bending, more self-laudatory, or more over-worded than anything that has ever passed before these eyes, especially in a book of this genre.

“it is s a brand of a new kind, one that wholly embraces the opportunities that today’s complex and multifaceted market allows us to imagine.” Say what?

What’s confounding is that the text in total is more geared to the agency and its collaborations combined with its supposed importance as influencers to the creative arts, film, and photography. The included interviews have nothing to do with fashion and so much more to do about the influence that the agency has wielded in various forms of creative endeavors. In simple terms, this is no run of the mill fashion book; in fact fashion takes a back seat to everything else that the book encompasses, including a whole lot of chest beating!