What is a Superhero? 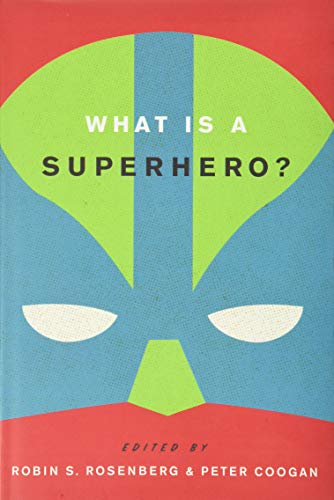 The effect of Superman’s first appearance in 1938 was immediate and defining. Simultaneously a goldmine for the publisher and something fresh in the public’s eye, within three years he had spawned an entirely new business based on the genre of the superhero. This was big business.

Publishers everywhere wanted that big Superman money and that in turn created men (and a few women) who could fly, walk through walls, explode into flame, control power rings, and speak magical incantations.

These costumed crime fighters, many of them with dual identities, would become known as superheroes. Today these figures with amazing powers dominate the movie screens and are featured everywhere there is a media outlet.

But who are they? And what exactly is a superhero? We as viewers and readers have a general idea, but the specifics can be vague. Sometimes, when a writer attempts to take apart a myth or dissect the culture of a society, there is a danger that what you love can disappear altogether under the weight of excessive scrutiny.

When that search for meaning is done well, such as in the lifelong work of Joseph Campbell and his search to understand myths, or as in Bruno Bettelheim’s The Uses of Enchantment: The Meaning and Importance of Fairy Tales, the results are thrilling.

In What Is a Superhero, editors Robin S. Rosenberg and Peter Coogan have done for superheroes (and by extension comic books) what Bettelheim and Campbell did for their respective fields.

This collection is lively, insightful, thoughtful, and often funny. There are 19 essays written by psychologists, doctors, artists and academics. From the field of comics such recognizable names as Stan Lee, Joe Quesada, Paul Levitz, Jeph Loeb, and others also bring their considerable knowledge and experience to the table.

Along the way each writer is quick to recommend or reference works (both in comics and academic research) that have influenced and inspired them. This selflessness in pursuit of a deeper understanding will send an inquisitive reader out looking for The Spider, Wildcat, Shazam, Dr. Strange, and other wild heroes to read and enjoy.

Like Bettelheim, Campbell as well as the best of comic books themselves, each essayist creates a fresh appetite in the reader for more knowledge and excitement.

Mr. Coogan starts the collection from a point of basic definition. He speaks in terms of “mission, “code names” and “powers.” Each idea being a vital component of what separates comic book based superheroes from other heroic characters such as Luke Skywalker or James Bond.

(Fascinatingly enough neither Skywalker nor Bond dresses up and deliberately goes looking for trouble like Batman does! Bet you never thought of it like this before!)

Mr. Coogan understands that the origin of superheroes may lie in pulps such as The Spider and The Black Bat. But he makes key and crucial distinctions between the heroes that populate the two genres. Superheroes may borrow singular characteristics from Pulps and advance the ideas of a hero, but they are not the part of the other. The addition of the intangible, even just a cape, makes a big difference in perception.

Building on the first essay, Will Brooker, the director of Research in Film and Television at Kingston University in London brings the idea of wish fulfillment to the mix. He speaks directly about the hero’s “code name.” That second identity that creates the duality of the real and the invented.

He reminds us that in real life rock stars and movie stars do the same thing. We often forget that Bono, Cary Grant, and Lady Gaga are constructs. Each one of them is essentially a false identity willed into existence, just like Batman was.

Especially pointed is the idea that Bob Kane who with help from a few others created Batman, also created a “code name” for himself. Born Robert Khan his new identity was effort to disguise his Jewish origins while working in a Gentile world.

Throughout the book each essayist displays a deep knowledge of just not comic books, but the place of the superhero in the general media. Inside her essay on female superheroes Jennifer K. Stuller references Batman, Buffy the Vampire Slayer, and Green Arrow in speaking of archetypes of the hero in literature.

Then she begins to draw a line between gender-based aspects of heroes from Sam Spade to Batgirl while ultimately using the recently canceled show TV show Dark Angel as a primary example of those distinctions. The result is a journey across mediums and ideas that create a desire in the reader to seek out ever single character she writes of.

In his essay about the look of superheroes, Superheroes by Design, John Jennings applies the concept of symmetry to the physical look of costumes and body types. He then names the work of artists and writers Neal Adams and Jim Steranko as perfect examples of the way comic book heroes began to physically change during the seventies. The work of two artists basically unknown to the mainstream is the perfect example to illustrate his point.

Once demonized by the United States Senate, comic books today are the subject of academic dissertations at established Universities. The genre itself is a center conceit (and ready punch line) behind the number one sitcom in prime time. Millions of fans around the world flock to cinemas to see Iron Man, Superman, and Batman fight battles both internal and extraterrestrial.

This collection was created for the fan, the academic and the civilian. It is written by people who love what they study or work in. What Is a Superhero? opens up the world of heroes to everyone and shows us what they truly mean in our lives.