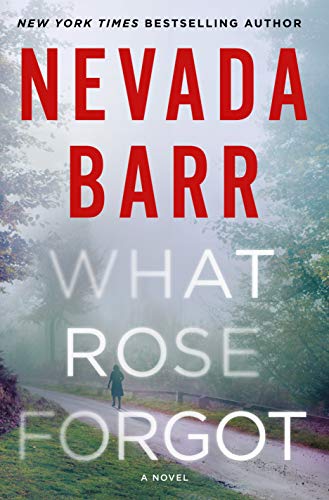 “Gripping and spine-tingling, What Rose Forgot is sure to raise the hackles of lovers of psychological thrillers.”

Sixty-eight-year-old Rose Dennis awakens in the woods. Disoriented and confused, she glances around wondering, “Have I been meditating and lost track of time and place? “Then she observes her emaciated body covered only in a hospital gown. Overwhelmed by fear, she stumbles her way toward civilization where she discovers two young boys on bikes. In one of the lad's pockets, Rose spots a red water bottle and all she can think is “I need a drink!”

The kids realize she must have wandered off from the nearby nursing home and as one goes for help the other offers Rose the little bit of the water that is left. Before long, two burly men in white coats appear at her side.

"'White coats,' she [Rose] murmurs. 'Where are the butterfly nets?' Terror slams into her, snatching the breath from her lungs. 'No! No,' she begs and clutches the boy's hand. 'There's been a mistake. Don't let them take me.'"

Rose conjures her abductors as Tweedledee and Tweedledum while she is being unceremoniously ushered back to the facility. There she finds others waiting for her—one she recognizes as her granddaughter, Melanie—whom she calls "Grasshopper."

Offered a cup of orange juice with ice, Rose greedily drinks, then slaps it away. "'Poison!' she screams, juice running down her chin. 'They are poisoning me!'"

As they settle her in her room, another foggy haze overtakes her. She tries to remember where she is and why, but crazy thoughts whirl through her mind.
"Fear is all around her, fear that this place, these people, are keeping her against her will. Perhaps for her own good. Perhaps not. Rose does not like people imposing unpleasant things on her “for her own good.” Until she has a plan, one that will carry her farther than a couple of football fields from this place, she will play possum. She will watch. She will be mindful."

Her strength gone, Rose is restrained to the bed and wearing a diaper, when she overhears two women talking in the hall, one them, Wanda Lopez, the manager.

"'Good. Her family is afraid she may not last much longer.'

"'Yes, very afraid. Absolutely terrified that she may not even make it through the week."

Horrified by their conversation, tears start to flow. Am I paranoid? Delusional? What is happening? She decides she will stop taking the little red pills they have been forcing on her. Deep in her heart, she knows she is not demented or loony, so she will take her time and flee.

Rose dupes the nurses into believing she ingests the medication they give her, but she secretes the red pills in a tissue. Her mind soon becomes clearer allowing her to focus. Who is drugging her and why? Bits and pieces come back forcing her to realize she is truly in danger. As her cognition and strength return, her plan to escape works, and she sneaks out during the night unnoticed. Making her way to the home of her stepson and granddaughter, she safely hides in the playhouse her deceased husband Harley built for Mel.

Mel later discovers her hiding out and wants to inform others of her whereabouts. When Rose explains her circumstances, begging her not to tell anyone, Mel, aka Grasshopper, 13 years old going on 30 and always up for an adventure, decides to help her.

She suggests Rose go back to her new home—a place where she did not want to move to, rather wanting to stay in New Orleans—but Harley insisted they return to his hometown of Charlotte. Without having a key, Rose breaks the kitchen window for entrance and is dismayed upon seeing unpacked boxes everywhere. Recognizing familiar items, especially her clothes, she feels safe for a while though knowing this is a short reprieve. Someone is hunting her. She finds her cell phone and calls her sister Marion. Explaining her situation, Marion, a computer whiz, offers to do some sleuthing and find out who is after Rose and why.

That night, asleep in her bed, she hears a noise sounds from downstairs. Someone has gained entry. Is she being burglarized or is the person coming after her? Senses now sharpened, she climbs out the bedroom window and clings to the porch roofline. It is soon apparent the man is after her. In the darkness, a heavyweight, dark-clothed man stares up at her with a dagger in his mouth. He pounces, trying to stab her, but she is quick. She grabs the knife, thrusting it at him, making him fall to the ground. Hanging onto the gutter for dear life, she breathes a sigh of relief when he runs off to his truck parked across the street.

When Mel arrives the next morning, Rose has painted several pictures depicting her would-be killer. Mel pleads with Rose to call the police, but they would only send her back to the home, labeled criminally insane. No one would believe she is lucid, so she must clear herself on her own terms.

The intruder had worn a black glove, which he dropped when he fell. Upon inspection, Rose finds a finger she unknowingly amputated. After she painstakingly washes the digit, dips it in ink for fingerprints, she wraps, and secures it in the freezer. This is her evidence. Now she can proceed with getting answers.

The unnerving opening of this novel makes one shudder. Sixty-eight is not terribly old, yet Rose is depicted as incontinent and incapacitated. Deeper into the tale is the mindboggling fact that the drugs forced upon her rendered her powerless.

Gripping and spine-tingling, What Rose Forgot is sure to raise the hackles of lovers of psychological thrillers.