What Belongs to You: A Novel 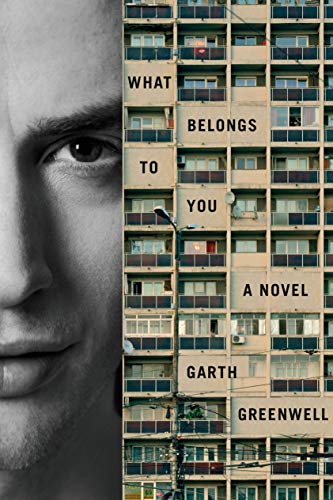 “Greenwell writes with a hypnotic flair and intense precision.”

Readers who loved John Rechy’s City of Night (1963) must read What Belongs to You by Garth Greenwell. In his masterful debut, Greenwell examines relationships and prohibitions, identity and male desire. His narrative structure is reminiscent of Woolf in its long paragraph structures that work as a unit framing and discussing a portion of a larger idea. To have written this novel in any other way would’ve failed the story. Greenwell writes with a hypnotic flair and intense precision.

Set in contemporary Bulgaria, which is struggling to move beyond its Communist past, the unnamed narrator takes readers through seaside resorts and forgotten towns, industrialized cities and the squat neighborhoods left over from the Soviet Era. Bulgaria, like the other characters in the novel, has a past and is trying to figure out the steps forward past the oppressive regime that still lingers in social expectations and regulations.

The narrator is also struggling with his identity and desire—who he was as a child and the man he has become, as well as the family he has come from: an oppressive and womanizing father, and an equally oppressive but needy mother, who is desperate for affection and filled with anger toward the narrator’s father.

The narrator is a gay American poet teaching abroad at a famous and respected school in Sofia, who has tried to abandon his past only to have it eventually follow him across the ocean: first his half-sisters come to visit and talk about their shared father, leading to the narrator’s personal observations and ironic similarities to his father; then his father asks his son to come home, ostensibly to ask forgiveness or make amends as he lies on his deathbed; and finally his mother comes for a visit and reunion after years of silence between them.

This story moves along at a fast clip and readers will find it difficult to put down. The characters are unique and compelling.

Mitko is the only character to have a name. He is a shabby yet beautiful man who sells sex, and his charisma allows him to lean heavily on those who adore him for food, money, or the latest i-gadget. This charming hustler is the answer to the narrator’s sexual desires, he is everything he could want, plus he’s one of the few honest ones out there—he won’t steal the narrator’s compute or wallet. But over the course of the book, Mitko, like Bulgaria, begins to dwindle and his beauty fades as he continues to fail in meeting the truth of himself. Everyone is his mirror, and soon it is hard to determine who Mitko really is—until he finds himself near death.

Mitko seems to be a safe harbor for the narrator because there can be no real expectation from him other than what has been set out and paid for. But soon the narrator finds himself being dragged deeper into Mitko’s life and into Bulgaria: The longer he stays, the more he is in love and in trouble.

The use of anonymity of characters names isn’t an affectation but a necessary consequence in a world where identity is everything—not only can it be stolen by the unscrupulous but it can be used against gay men—to ruin their jobs or families, their futures—if they are outed. This is a multilayered tale readers can enjoy more than once, one that literary fiction fans will want to slowly peel apart and put back together again.